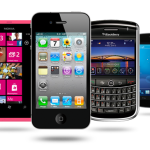 A series of Freedom of Information requests initiated by security and communications specialist ViaSat has revealed that, while London represents the lion’s share of such thefts in the UK, a thief is more likely to steal electronic devices in Leicestershire or the West Midlands than in the capital.

While thefts of devices such as computers, smart phones and tablets that can store sensitive personal information accounted for 27% of thefts reported to the Metropolitan Police Service and the City of London Police, they formed 31% of thefts reported to West Midlands Police and 51% of those in Leicestershire compared to an average of 19% nationwide*.

When set against similar research from 12 months ago, when London was the undisputed champion of device thefts by number and proportion, other areas of the country are seemingly no longer the ‘safe havens’ they once seemed.

“Whether a corporate smart phone, a personal tablet or your bank manager’s laptop, there’s a huge amount of information stored on electronic devices that can compromise our privacy,” said Chris McIntosh, CEO of ViaSat UK. “The simple fact is that, for many thieves, the most tempting target isn’t necessarily the device itself, but rather what it contains. From access to your bank records to blackmail and on to flat-out identity theft, a lost or stolen device can still damage its owner long after it has been taken.”

McIntosh added: “As the largest city in the UK with the most visitors, London will have a disproportionate number of thefts. However, as we can see from these results, wherever you are in the UK you need to not only be wary of your own devices, but also make sure that anyone who records and stores your sensitive data does so both responsibly and securely.”

Compared to a similar request initiated during the previous year, there has also been a noticeable reduction in reported thefts. The Metropolitan Police Service and the City of London Police figures combined show that thefts of electronic devices have fallen by 37% from the number reported last year to the Metropolitan Police Service alone. Nationwide, there has been a 34% decrease**. This coincides with a drop in the number of thefts in total, which fell by 20% in London and 24% on a nationwide basis***.

“Any reduction in theft is good news, not only due to the initial pain, but also in terms of the reduced risk of personal data falling into the wrong hands,” continued McIntosh. “However, two years’ worth of data isn’t yet enough to begin drawing conclusions that our streets are now safer environments. Evidently, with thefts of sensitive data still in the tens of thousands, there’s still a significant amount of data at risk.”

In conclusion, McIntosh told Risk UK: “While we as individuals should do what we can to ensure that data stored on our personal devices is protected to an appropriate level, we also need to expect the same level of commitment from those to whom we entrust the security of our data. Whether that be a doctor, a solicitor, a banker or a charity worker, they should be compelled to keep our information under lock and key.”

ViaSat contacted each of the 46 police forces in the UK to request statistics on thefts that occurred between 1 March 2014 and 28 February this year. The cyber security and information assurance solutions company also requested details on the number of thefts where computing and communications equipment capable of holding sensitive data had been stolen, and whether thefts had been reported from individuals or organisations.

In total, 34 police forces were able to provide the information required. The statistics above are based purely on their responses.

Note: The statistics don’t include crimes such as handling stolen goods, which are counted by some police forces under theft, or more serious crimes that may have also involved the theft of goods

*Total thefts reported by the Metropolitan Police Service and the City of London Police: 285,312

Security in the Education Sector: “More stringent than ever”