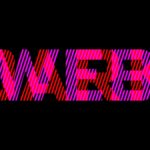 Law enforcement agencies from 28 countries across the globe have met at Europol’s headquarters in The Hague to share knowledge and expertise and discuss a co-ordinated approach towards tackling crime on The Dark Web. Experts from Eurojust, the European Commission, the European Monitoring Centre for Drugs and Addiction and Interpol contributed to the event.

Through the European Cyber Crime Centre (EC3), Europol has been supporting the investigation of criminal marketplaces on The Dark Web for some years by dint of sharing tools, tactics and techniques. The Dark Web hosts many of the more critical marketplaces for several criminal organisations and individual illegal activities in Europe and around the world. Due to its structural characteristics – ie the possibility to buy and sell anonymously and the fact that it’s a digital space that knows no national borders – The Dark Web is a fertile environment for criminals.

In recent years, several successful co-ordinated investigations were able to take down some of the largest Dark Web markets, undermining the assets exploited by criminals. In particular, last summer the joint operations led by the US’ FBI and the Dutch National Police, with the support of Europol and other law enforcement partners, served ti shut down Alphabay and Hansa, two of the largest marketplaces responsible for the trading of over 350 000 illicit goods including drugs, firearms and cyber crime tools. In these specific marketplaces, where bitcoins were the dominant payment method, different types of illegal goods and criminal services were sold, even though more than two thirds of transactions were for illicit drugs and chemical substances.

Owing to the success of these operations, the volume of transactions has decreased and some traders have left The Dark Web platform due to anxiety, uncertainty and the risks regarding the level of anonymity. After the take down operations, many vendors who had their shops closed twice in short succession were not inclined to open them again, while the distrust between vendors and buyers has increased.

One of Europol’s initiatives is to create a co-ordinated law enforcement approach to tackle crime on The Dark Web with the participation of law enforcement agencies from across EU Member States, operational third parties and other relevant partners, such as Eurojust.

In order to achieve this goal, Europol has established a dedicated Dark Web Team to work together with EU partners and law enforcement globally to reduce the size of this underground illegal economy. It will deliver a complete and co-ordinated approach, sharing information, providing operational support and expertise in different crime areas and developing tools, tactics and techniques to conduct Dark Web investigations and identify top threats and targets.

The Dark Web Team also aims to enhance joint technical and investigative actions and organise training and capacity-building initiatives together with orchestrating prevention and awareness-raising campaigns. It’s a 360° strategy against criminality on The Dark Web.

A shared commitment across the global community and a co-ordinated approach by law enforcement agencies proved their effectiveness last year and are essential going forward.

The scale of the assembly at Europol demonstrated the global commitment to continued work of this nature and to jointly tackling the use of The Dark Web as a means to commit crime. This is the primary reason why Europol has decided to create a new Dark Web Investigations Team embedded within its European Cyber Crime Centre.

Chief commissioner Ivaylo Spiridonov, director of the Bulgarian General Directorate for Combating Organised Crime, delivered the opening remarks on behalf of the current Presidency of the Council of the EU and highlighted that: “This expert assembly will further enhance law enforcement’s ability to find sustainable solutions and a common co-ordinated approach to respond to criminality on The Dark Web.”

“The new Europol Dark Web Team will provide operational and technical support to law enforcement in thwarting criminality on The Dark Web in a co-ordinated and multidisciplinary manner,” added Catherine De Bolle, executive director of Europol.