Latest update on PD 6662:2017 for intruder and hold-up alarms issued by NSI 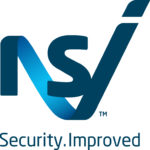 The National Security Inspectorate (NSI) announced changes published in the latest edition of PD 6662 (effective from 1 June 2019) at its recent Summit for approved companies. PD 6662 is essential for any organisation requiring a police response to intruder alarms and/or confidence that their local alarm installer is competent in supplying a compliant alarm system. PD 6662 is an ‘umbrella’ standard for the application of European standards by installers in the design, installation, commissioning and maintenance of intruder and hold-up alarm systems.

PD 6662:2017 includes the main European BS EN 50131 alarm product standards, along with system requirements from BS EN 50131-1 for intruder and hold-up systems and BS 8243 for installation and configuration designed to generate confirmed alarm conditions. Subsequent to the publication of PD 6662:2010, many of these standards were modified to be more closely aligned to each other. For example, notification options cited in BS 50136-1, including the introduction of dual and single path ATS performance categories, have been included in BS EN 50131-1.

A key change within PD 6662:2017 is that some of the standards referenced are no longer dated. This ensures that PD 6662:2017 is streamlined to call on the latest relevant edition of those standards at all times, thereby reducing need for future updates.

“PD 6662:2017 assures customers that all alarm systems in terms of equipment and configuration will be in line with the latest European standards,” explained Richard Jenkins, CEO at the NSI. “This is a powerful message given the value placed on the PD 6662 scheme by the police service in respect of alarm response. Working with NSI-approved companies who issue NSI Certificates of Compliance for all alarm installations they commission gives buyers the assurance that the latest versions of standards are adhered to at all times.”

Approved companies can access the presentation detailing changes to PD 6662:2017 as shared at the recent Summit via the Company Login area of the NSI website, as well as the NSI ‘PD 6662:2017 Ready Reckoner’ which highlights planned future changes and deadlines in the standard.