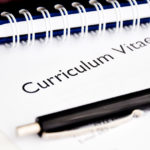 Research conducted by Cifas has revealed a sharp rise in employment application fraud by middle-aged jobseekers. The research, released as part of the organisation’s ‘Faces of Fraud’ campaign, shows that there was an overall increase in application fraud across all age groups of 8% between January and September 2019, from 133 to 143 cases compared to the same period last year.

Although the majority of the employment application fraud cases continued to be found among younger people, with 21-30 year olds making up the largest proportion at 41%, when it came to CV-related fraud the research revealed a significant rise among older people. The number of 31-40 year olds involved in CV-related fraud over the last 12 months increased by 37% and is marginally higher at 38% for 41-50 year olds.

The rise across older age groups points towards more fundamental motivations such as a tight labour market, with the latest figures from the Office for National Statistics showing the number of job vacancies in the UK has been steadily declining since the beginning of 2019. In addition, the growth in divorce rates among 40-50 year olds may be fuelling a rise in middle-aged people returning to work, with some of these people tempted to embellish their CV as they re-enter the highly competitive job market.

However, the conduct in some cases of job application fraud remains purely criminal, with evidence gathered by Cifas suggesting a ‘cottage industry’ of sorts is growing (ie websites offering fake degrees and essay writing services) which facilitates and profits from employment application fraud.

Consultancy firm Huntswood told Cifas about a candidate who attempted to obscure an incident of gross misconduct with their previous employer which had involved them transferring company funds into their own account. The candidate was eventually apprehended and his details were uploaded to the Cifas Internal Fraud database which led to Huntswood terminating his application.

In another instance, building society Nationwide told Cifas about a candidate who had applied for a job and later admitted paying £1,200 to a company to falsify their CV and attend phone interviews on their behalf. Nationwide said they had witnessed several such cases, especially so from candidates seeking daily rate contract work.

Mike Haley, CEO of Cifas, stated: “In today’s competitive job market, it’s tempting to lie or exaggerate on an application form or CV, but jobseekers need to be aware of the enormous personal risks this type of fraudulent behaviour carries. If someone’s caught making a fraudulent job application, regardless of whether they’re offered the job or not, their details could be recorded on the Cifas Internal Fraud Database for six years. During this period, any job application that individual makes could be searched against the database and potential employers made aware that the person concerned has lied in previous job applications. At worst, the individual also risks facing a prison sentence. On that basis, people need to ask themselves is it worth the risk?”