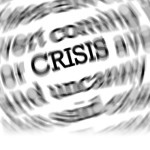 Chief executives, managing directors and other senior business leaders are failing to take crisis preparedness seriously and risk undermining their organisation’s ability to manage crises. That’s according to a survey conducted by Regester Larkin and Steelhenge.

The survey also reveals that, while big business appears to understand the need to prepare for a crisis, too often senior leaders do not participate in training or crisis exercises.

Of the companies that had run crisis exercises in the past year, almost half (45%) had not involved their CEO. This was seen as being part of a wider problem, with 46% of respondents identifying ‘lack of senior management buy-in and support’ as the biggest challenge to effectively preparing their organisation for crisis scenarios.

Dominic Cockram, managing director at Steelhenge and a director of Regester Larkin, explained: “If leaders are not fully brought into crisis preparedness, any good work put into crisis structure, process and capability-building will be critically undermined. There is little point attempting to be ‘crisis ready’ when the core individuals responsible for managing a crisis will not know what to do.”

He continued: “There may be many reasons why CEOs are not able to attend crisis exercises, but if you ask any business leader who has had to manage the response to a real crisis, major incident or issue then they will tell you it was time well spent.”

The survey also finds that organisations are not involving their key partners in crisis preparedness programmes, with only 27% involving them in crisis exercises despite over a third (34%) saying that working with partners in a crisis was likely to be a big challenge.

Cockram added: “Crises do not occur in a vacuum. We know from experience that one of the most challenging aspects of managing a crisis is to work harmoniously with partners or suppliers, particularly so when the media and others are looking for a clear ‘villain’. Without involving partners in crisis preparedness programmes, companies are simply leaving themselves vulnerable and unprepared.”