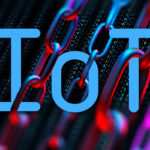 “Our results show that businesses are still vulnerable to exploits that can result in significant damage,” commented lead ISE researcher Rick Ramgattie. “These issues are completely unacceptable in any current web application. Today, security professionals and developers have the tools to detect and fix most of these types of issues which we found, exploited and disclosed six years ago. Our research shows that they’re still regularly found in IoT devices.”

An attacker can obtain a foothold within a network in businesses and homes to exploit and compromise additional network devices, snoop information that passes through the devices, reroute traffic, disable the network, and perform additional outbound attacks on other targets from the victims’ networks.

In the 2013 study (SOHOpelessly Broken 1.0, ISE uncovered and disclosed 52 vulnerabilities across 13 devices. In this follow-up study, evaluating a group of both routers and NAS systems, ISE discovered more than twice the previous count, resulting in 125 Common Vulnerabilities and Exposures (CVEs), which are unique identifiers assigned to vulnerabilities in software products.

All 13 of the devices evaluated by ISE had at least one web application vulnerability such as cross-site scripting, operating system command injection or SQL injection that could be leveraged by an attacker to gain remote access to the device’s shell or gain access to the device’s administrative panel. ISE obtained root shells on 12 of the devices, allowing complete control over the device. Six of them can be remotely exploited without authentication: the Asustor AS-602T, the Buffalo TeraStation TS5600D1206, the TerraMaster F2-420, the Drobo 5N2, the Netgear Nighthawk R9000 and the TOTOLINK A3002RU.

“We found that many of these issues were trivial to exploit and should have been discovered even in a rudimentary vulnerability assessment,” explained ISE founder Stephen Bono. “This indicates that these manufacturers likely undergo no such assessment whatsoever, that the bug bounty programs they employ are ineffective and that vulnerability disclosures sent to them are not addressed. More likely, it’s all of the above.”

For example, manufacturers have attempted to simplify issue reporting through vulnerability disclosure forms, in turn providing better contact information and use of bug bounty programs. Even though this was an improvement over the state of the industry from six years prior – that form of disclosure is now easier – it didn’t appear that disclosure was effective, nor that it aided in the reduction of trivially exploited vulnerabilities.

Despite the clearer path for vulnerability disclosure compared to the prior research, certain bug bounty programs have complicated and prolonged the co-ordinated disclosure process, sometimes taking over six months to complete.

ISE has offered some recommendations for manufacturers and end users on improving IoT security for both current and future devices.

IoT vendors have increased their presence in the security community, albeit without any substantial increases to device security. Manufacturers should train their developers on security Best Practice and use either internal or external security teams to assess the software running on their devices.

Software must be developed with security in mind from the initial planning stages in the software lifecycle and considered at all other stages.

They must also prepare and release firmware upgrades that address these issues and other known vulnerabilities.

When purchasing devices, users should consider how a manufacturer has handled patching issues and the length of time that devices are supported.

After devices have been purchased and installed, users should harden them by disabling unused features, enabling security controls if available and implementing a patching strategy to regularly apply firmware updates.

Users should avoid remote access and administration features whenever possible as they expose devices to adversaries on the Internet.

It’s also a good idea to conduct security assessments or vet devices before deploying them in networks.

“There are billions of IoT devices in use today, and an all-too-significant percentage are being sold without proper security assessments or an effective process to fix subsequent fundamental issues as they arise,” explained Bono. “Manufacturers need to be proactive at fixing issues rather than relying on bug bounty programs and other post-production initiatives.”