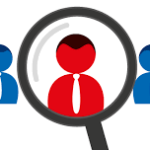 A typical European bank serving ten million customers could save up to €10 million annually and avoid growing fines by the regulator by implementing technology to improve the ‘Know Your Customer’ (KYC) processes. That’s according to new research from Mitek and Consult Hyperion.

The detailed research report, published under the title: ‘The Cost of Compliance and How to Reduce It’, finds that in the wake of new European Union (EU) anti-money laundering and counter-terrorist financing rules extending the scope of KYC requirements, the annual cost of punitive non-compliance fines has risen to €3.5 million.

When things go wrong – which they do, as card ID theft in the UK rose by 59% to £47.3 million last year – these fines could soar into the tens or even hundreds of millions.

That said, it’s not all about the financial and business costs. The risks of reputational loss, the potential for losing a license to operate and even the personal liability of senior management are also increasing significantly for banks who ‘get KYC wrong’.

“It’s no longer good enough for banks to simply accept the costs associated with inefficient processes as the consequences are now much more serious,” said Steve Pannifer, author of ‘The Cost of Compliance and How to Reduce It’ and COO at Consult Hyperion. “The biggest change in the past two years has been new EU rules around KYC-related compliance. This has led to many more punitive fines for banks who fail to comply. The size of the fines has grown in tandem. We’ve seen the Financial Conduct Authority recently issue fines to several major banks amounting to £176 million. Even that figure is dwarfed by the €775 million fine handed down to a single bank by the Dutch authorities.”

Fines are not the only growing problem when it comes to the hidden costs of KYC. The potential cost of losing just a few per cent of new customers to complex manual KYC processes is now as much as €10 million per annum. After five years, the cumulative lost opportunity could cost banks in excess of €150 million.

It’s no secret that inefficient and cumbersome on-boarding is a key driver behind a staggering 56% abandonment rate for banking customers (up from 40% two years ago). Customers often abandon the process as soon as they’re asked to visit a branch face-to-face with their passport and utility bills. As the younger generation begin to turn to challenger banks who can provide a seamless in-app experience, traditional banks must respond to these demands or face losing new customers.

Pannifer added: “That banks could lose €150 million in new business in just five years is a stark reminder that they need to keep a close eye on what customers want. While the figures are troubling, it’s not all doom and gloom. Banks can prevent this loss by investing in technology that exists today and, in the process, cut the cost of KYC compliance by up to €10 million. They just need to know where to look.”

Rene Hendrikse, EMEA managing director at Mitek, observed: “The future looks bleak for those banks who don’t comply with KYC, or whose processes are so cumbersome that they cannot attract new customers. Technologies such as digital identity verification could help banks to overcome the hurdles holding them back. The technology enables customers to on-board themselves with just a selfie and a photograph of their ID document – online or on mobile apps. In turn, this drastically improves customer experience, reduces banks’ reliance on manual processing and also helps them avoid heavy fines being handed down by the regulator. To avoid falling far behind their nimble challenger rivals – and, indeed, behind their traditional counterparts who are turning to innovation to survive – investing in the right technology at the right time will be crucial.”

The ARIC platform has been selected by HSBC to support the bank’s efforts to strengthen anti-money laundering (AML) and fraud efforts in the insurance and retail fields respectively. HSBC joins a number of other prominent financial institutions in using Featurespace’s ARIC platform, among them Worldpay, ClearBank and TSYS.

Martina King, CEO at Featurespace, said; “In the fight against the ever-evolving threat of financial crime, collaboration is key. These firms’ application of our technology will help them in optimising the detection of suspicious activity, ultimately protecting their customers from the global impact of financial crime.”

Headquartered in the UK and the US at offices in Cambridge, London and Atlanta, Featurespace focuses on fraud prevention and AML monitoring. It’s ARIC platform is a real-time Artificial Intelligence machine learning software that risk scores events in more than 180 countries.