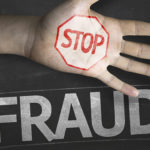 In 2016, the value of alleged fraud reaching UK courts broke the £1 billion barrier for the first time since 2011 due to a resurgence in so-called ‘super cases’. That’s according to the latest research conducted by KPMG Forensic.

KPMG’s Fraud Barometer, which measures fraud cases with losses of £100,000 or more reaching the UK courts, has found that, while the volume of alleged fraud for the year has dropped by nearly a third, the value was up by over 55% on last year’s total of £732 million. 2016 saw £1,137 million worth of alleged fraud reaching trial in UK courts.

Consequently, the average value of fraud has more than doubled to £5.2 million from £2.4 million. Fraud committed against businesses is up seven-fold, with internal fraud committed by employees and management the most common type of fraud to hit businesses.

The figures include over £900 million derived from just seven ‘super cases’ where the value of alleged fraud is £50 million or more. The surge in ‘super cases’, from a figure of £250 million in the previous 12 months, may be a reflection of fraud becoming a more lucrative and practical proposition for those with the right skills and technology, or those in senior commercial roles.

Increased pressures both to deliver on targets in a highly competitive and uncertain environment and also preserve personal finances have made people more willing to disregard their moral compass and see fraud as a shortcut to success. Combined with this are new opportunities for fraud that have largely been created by new technology.

The latest KPMG findings also show a picture reminiscent of recent economic fortunes. As the economy has slowly recovered from the financial crisis, businesses and individuals have shown an increased appetite to spend or invest more and that money is now falling into fraudsters’ sights. At the other end of the spectrum, as austerity continues to pinch many, some employees and consumers are adopting less than legitimate means to maintain their lifestyles.

Commenting on the figures, Hitesh Patel (UK forensic partner at KPMG) said: “The figures for 2016 tell us two things. First, that we can expect more of these ‘super frauds’ to occur as challenging economic circumstances place pressures on businesses and individuals and technology becomes more sophisticated. Second, that this is going to place even more strain on law enforcement agencies who don’t have the resources to investigate every report of fraud that they receive. Making sure that the large, often cross-border and complex frauds go to court is extremely time consuming and, it must be said, resource intensive. This places much more emphasis on businesses and consumers to protect themselves from fraudsters who will take advantage given the opportunity.”

The KPMG Fraud Barometer also records a rise in cyber-enabled fraud, which is up 1,266% on the 2015 figures. The cases include a £113 million cyber fraud, the largest recorded in UK courts since 2008, as professional criminals cold-called bank customers and stole their money in order to fund a luxury lifestyle.

Sophisticated techniques used meant that, when victims were contacted by members of the gang (who were claiming to be members of the bank’s Fraud Department and persuading individuals to reveal their security details), they saw false telephone numbers appear under the caller ID, and were unable to make or receive calls while their accounts were being drained. At the scam’s peak, the fraudsters made between £1 million and £2 million per week. They operated like a nine-to-five business using information from corrupt bank insiders.

“Both public and private sector organisations openly acknowledge that cyber attacks are one of the most prevalent and high-impact risks they face, and yet many operate on the basis that it will not happen to them,” stated Patel. “Organisations must keep abreast of the cyber threats, both physical and digital, in order to ensure their protection mechanisms don’t become obsolete given the pace of technology and business change. You can have a variety of IT protections in place to defend yourself, but it’s going to be all for nothing if you’re then tricked into giving away the keys to the electronic vault.”

The Fraud Barometer records an emerging trend of consumers carrying out tech-enabled theft driven by a hunger to maintain a comfortable lifestyle on a low key budget. Several cases recorded involve consumers searching out goods and services on the Internet that may have raised the eyebrows of the more conscientious consumer. The bootleg bargains show customers being unaware of – or otherwise uncaring about – the risk of conspiring with the online fraudsters in order to lay their hands on goods for a fraction of the High Street price.

In one case, a 51 year-old Leicester man was jailed for six years for masterminding a £60 million fraud to supply free cable TV using illicit set-top boxes. Working with five accomplices, he imported boxes from Asia and bypassed the encryption in order to allow people to watch a cable TV service without a legitimate subscription. The man promoted the business on Internet forums and via his own website, as well as making bulk sales of the boxes around the UK.

In another case, a father and son were jailed for a £3 million scam involving the sale of cheap teeth whitening kits that were dangerous and left some users with bleeding gums from chemical burns. Advertising banners claimed the product was ‘ideal for any age group’ and ‘used by leading dentists throughout the UK and Europe’. However, the products actually contained up to 110 times the allowable level of hydrogen peroxide.

“Through the rapid rise of technology and online platforms, more people than ever are being targeted by fraudsters who have unrestricted access to a larger pool of victims,” concluded Patel. “However, we’re also seeing the Internet being used by consumers who are being tempted to obtain goods and services about which they have, or perhaps should have, a fair idea that they’re not legitimate. Consumers may often turn a blind eye, or consider this to be a victimless crime, but these cases show individual victims who ended up paying a high price. In addition, this shadow economy activity, which directly promotes money laundering and tax evasion, often helps to fund other more serious organised criminal enterprises, including human trafficking, drug smuggling and even terrorism.”