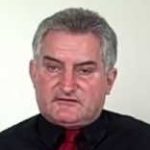 The psychosocial causes of knife crime remain a matter of ongoing debate, with no clear prospect of an early resolution. However, the consequences arising from stabbings, which are often fatal due to severe blood loss (ie haemorrhaging), are very much a matter of immediate concern. Here, Malcolm Cheshire airs his strong views on the subject.

The widespread coverage of knife crime within the UK’s media of late has stirred active debate as to the causes and impact of the problem. Some commentators have even referred to a ‘knife crime epidemic’.

The term ‘epidemic’, of course, is usually employed to describe the widespread outbreak of an infectious disease. Viewed in the context of the World Heath Organisation’s definition of health (ie “…a state of physical, psychological and social well-being”) and not simply the absence of disease, the term ‘epidemic’ is entirely appropriate here. Why? Well the aftermath of a stabbing has physical, psychological and social consequences for the victim, the victim’s family and, indeed, wider society.

The average human adult possesses a bodily blood volume of between nine and 12 pints. The overriding priority for someone responding to the plight of a stabbing is to quickly achieve haemostasis (the control of blood loss) for the unfortunate victim.

Blood loss is classified by the American College of Surgeons as follows:

*Class 2: Blood loss of up to 30% of bodily blood volume. A person in this state often exhibits an increased heart rate and changes to blood pressure as a result of the body attempting to compensate for such a degree of blood loss. Intravenous infusion with crystalloids (eg a saline solution) is now required

*Class 3: Blood loss of up to 40% of bodily blood volume. Here, an individual’s physical condition begins to deteriorate. Their heart rate increases, their blood pressure drops and a state of mental confusion may well occur. Intravenous infusion of both crystalloids and blood becomes necessary

*Class 4: Blood loss in excess of 40% of bodily blood volume. In this critical phase, the human body has reached the limit of its ability to compensate and assertive resuscitation will be required in order to prevent death

In responding to a stabbing victim, the options open to a first responder are limited by that individual’s First Aid skills and the equipment at hand. If the stabbing victim has limb wounds, an improvised tourniquet can be used to stem blood loss, but wounds to the head and trunk of the body will require the application of dressings (which could be improvised from clean towels) to which pressure is then applied.

The aim of first response in a stabbing scenario is to actively and assertively contain blood loss, while at the same time await the arrival of an NHS Ambulance Service emergency vehicle crewed by an emergency medical technician and/or a paramedic. Both of these professionals would have the skills and equipment needed to manage the blood loss of a Class 2 patient and beyond.

So-called haemostatic dressings – recently developed and marketed under trade names such as Celox and Hemcon, and which contain the active ingredient chitosan – have been used successfully in achieving rapid haemostasis. They could be employed by appropriately trained first responders.

A clinical trial – the results of which were published in the Journal of Trauma and Emergency Medicine* – saw Hatamabadi et al compare the traditional wound pressure method to the application of a chitosan-based dressing and found that the latter method resulted in significantly faster haemostasis.

Also cited in this paper was reference to a further study (conducted by Pozza et al) of penetrating trauma wounds sustained by US combat troops. The study concluded that, in 18 out of 21 cases, the application of a chitosan-based dressing achieved haemostasis following a single application. When applied to a wound, haemostatic dressings initiate a biochemical process that accelerates the clotting process of blood, thus achieving a more rapid haemostasis.

This evidence makes a compelling case for chitosan-based dressings to be carried by appropriately trained police officers and others such as Security Industry Authority-licensed door supervisors.

Self-sufficient in the UK

Many of the commercially available dressings containing chitosan are imported. However, the source of chitosan is shrimp shells, which are widely available from UK sustainable fishing areas such as the 620 square kilometre East Anglian bay known as The Wash. A UNESCO World Heritage Site, The Wash produces 95% of the UK’s shrimps. As shrimp shells are a by-product of commercial shrimp processing, the UK has the opportunity to become self-sufficient in chitosan production. Indeed, given the possibility of the UK suffering critical shortages of medicines due to Brexit, chitosan self-sufficiency must be looked upon as something of a priority.

It must be understood that chitosan dressings are not a panacea for the issue of knife crime. The successful outcome of stab wound management is dependent upon a multitude of factors which include competent first responders and clear communication/co-operation between all of the Emergency Services.

A comprehensive review of the medical management of knife wounds from first responder to hospital would be timely and might usefully include initiatives that make haemostatic dressings more rapidly available to first responders.

As the readers of Risk Xtra may well have noticed, many Shopping Centres and other public places now have Automated External Defibrillators (AEDs) prominently displayed for use by suitably trained individuals. Undoubtedly, this enhanced availability of AEDs has saved lives due to the development and application of an automated process that enables a device previously confined to use only by a health sector professional to instead also be operated safely and effectively by others (and, therefore, made more widely available).

The emergence of Artificial Intelligence could be used to develop a device that might augment the on-scene management of penetrating wounds by using sensors to assess blood loss as well as voice commands (such as those used in an AED) to instruct users to apply wound pressure and/or a haemostatic dressing. Some cynics may dismiss such technology as being fanciful, but to quote the late Baroness Mary Warnock: “It’s utterly immoral to close your mind to what is possible.”

By way of conclusion, if the current knife crime ‘epidemic’ continues unchecked, and the immediate aftermath of incidents is ineffectively managed, we will be forced to carry on reflecting upon the consequences of the loss of a significant number of our brightest and best. In short, our next generation.

Doing nothing about this issue, then, is simply not an option.

The Money Laundering Implications of Brexit