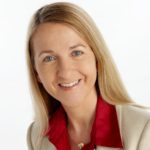 The PCC’s role is to hold the chief constable of Sussex Police to account for the performance of the force, effectively making the police answerable to the communities for whom they serve. Bourne is responsible for setting the strategic direction and priorities for Sussex Police through the Police and Crime Plan. This includes setting the police budget and local police precept (ie the amount residents pay for policing in their council tax). She also has a statutory duty to commission support services for victims of crime and deliver community safety initiatives (including restorative justice and crime reduction grants).

Bourne is a former director of the Board of the College of Policing and former advisor to the Editorial Board of the Guardian Public Leaders Network. She’s currently chair of the Sussex Criminal Justice Board, chair and national spokesperson of the Association of Police and Crime Commissioners’ Digital Policing and Technology Portfolio and chair and a non-executive director of the national Police ICT Company.

Bourne was awarded an OBE in the Queen’s Birthday Honours in June this year.

Commenting on her appointment, Bourne stated: “I am delighted to be able to take on this role. I will not waste a moment over the next year to raise the profile and influence of PCCs for the benefit of not only police officers and staff, but also our communities across England and Wales.”

Bourne added: “The work thaat I want to drive forward over the next year falls into a number of key areas: supporting our people (ie police officers and staff), building public confidence and their consent to be policed, channelling innovation for an agile response to crime trends and threats and developing a whole-systems approach towards the criminal justice system.”

In conclusion, Bourne observed: “Ultimately, our work is about making a real difference through articulating the concerns of real people and ensuring that our police forces make our communities safer.”