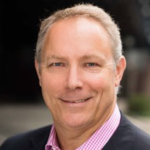 The Security Institute has confirmed that Jonathan Schulten FSyI now takes on the additional responsibilities of vice-chairman. This follows on from Schulten’s long-standing senior vice-chairman’s role within the Institute’s voluntary Validation Board (a group of Institute members who independently benchmark membership applicants’ security experience, qualifications, training and professional commitment).

Schulten succeeds Paul Drury FSyI, who stood down from the Board of Directors earlier this year with the message that he hoped the next vice-chairman would “continue to move the Institute on to the next phase of its growth”.

Schulten’s career has encompassed counter-terrorism and major event security for the Olympic and Paralympic Games within the Metropolitan Police Service and serving as director and lead assessor on the National Counter-Terrorism Security Co-ordinators course within the National Policing Improvement Agency. In more recent years, Schulten has taken on senior business resilience roles at Broadgate Estates and British Land.

Dr Alison Wakefield FSyI, chairman of The Security Institute, said: “As a long-standing and active member and supporter of the Institute, I was delighted that Jonathan decided to stand for a directorship this year. I’ve been very impressed by Jonathan’s contributions to the Validation Board and Validation Board Working Group, as well as his profile and high standing among members. It was no surprise to see Jonathan elected, and it’s a great pleasure to welcome him to the Board.”

Wakefield added: “Jonathan was an obvious contender for the vice-chairmanship of the Institute. He brings valued experience and skills to our leadership team. He also chairs our Risk Committee and will lead on the development of internal policies, supporting the ongoing improvement of risk management and other procedures within the Institute as we continue to grow and develop as an organisation.”

Schulten responded: “I felt privileged to be elected to The Security Institute’s Board of Directors by the members at this year’s AGM. To then be asked by our chairman to take on the role of vice-chairman was indeed an honour. I know there are some big shoes to fill in succeeding Paul Drury. The Institute has gone from strength to strength in terms of the number and profile of its members, their engagement and what’s available to support them and enhance their professionalism. As vice-chairman I shall endeavour to build on the foundation inherited from my predecessors, supporting Alison in leading the Board and maintain the momentum.”

Schulten will serve on the Board for a term of three years alongside 14 other voluntary directors, each of whom work on a portfolio focused on various aspects of the organisation’s ongoing growth and development.