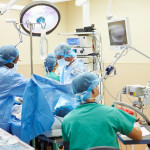 Research commissioned by the College of Policing into the use of Accident and Emergency (A&E) data highlights that sharing information with local partners has potential benefits when it comes to crime reduction.

The College of Policing commissioned RAND Europe to look at how police forces were using A&E data. The findings have resulted in the development of a guidance document for forces such that they can then make best use of locally available information to help reduce crime.

The commission stems from a Coalition Government commitment to sharing data from A&E’s with the police and community safety partnerships.

This latest research – entitled Injury Surveillance: Using A&E Data for Crime Reduction – is aimed at those working in the violence reduction sphere but don’t currently use A&E data. It pinpoints the principles for collecting A&E data, good practice in terms of information sharing and how to use A&E data for crime prevention.

The work builds on the Cardiff Model for Violence Prevention which is used by some forces and links police and community safety partnerships to make use of A&E data when identifying where violent crime is taking place.

The latest research finds that:
*A&E data can be used to support violence reduction by validating or challenging existing knowledge, supporting police deployments, targeting resources and supporting problem-solving
*A&E data can provide information which is not always reported to (and recorded by) the police service
*A&E data can be useful for crime prevention initiatives such as informing licensing decisions

Discussing the research results, Rachel Tuffin (the College of Policing’s head of knowledge, research and education) commented: “There are pockets of good practice in using A&E data sets to deal effectively with reports of violence, but the collection of A&E data is only the first step towards violence reduction. Once a good dataset has been collected and a partnership established, that data needs to be used to identify areas for intervention and support the police in reducing violence.”

Tuffin went on to state: “A community of practice is growing for this type of injury surveillance and individual forces are testing innovative ways in which to interpret and use A&E data as a source of intelligence. This new guidance is intended to help build that community still further.”

Alex Sutherland (RAND Europe’s research leader in communities, safety and justice) added: “A&E data are a type of injury surveillance data that have been proven effective in supporting violence reduction initiatives. This new guidance provides lessons about how to start and maintain partnerships and make the best use of such data to reduce violence.”

Sutherland concluded: “The guidance is based on the knowledge of practitioners who are currently involved in sharing A&E data, research into the uses of these data both in the UK and internationally and expert opinion. It identifies a number of possible uses of A&E data as well as common issues associated with the sharing and use of them.”

The research was conducted by RAND Europe in partnership with colleagues from the University of Cardiff and Addenbrooke’s Hospital, Cambridge.

In Cambridge City Centre, A&E data have twice been used to inform licensing courts. In both cases retailers had appealed against decisions by the city council to prohibit alcohol sales off-licence in a cumulative impact zone. The area played host to a homeless shelter, a primary school and a high number of assaults.

In both cases, the licensing magistrates found against the retailers and there are now two dry grocery stores in Cambridge. This end result has had knock-on effects, with other retailers subsequently withdrawing appeals or modifying licensing conditions.

In Brighton, analysts reviewing an A&E dataset noticed that there had been a sudden increase in the number of assaults involving bricks and other debris in one concentrated area of the town centre. The reason for this sudden increase was unknown to the police and the Community Safety Partnership.

Identification of this piece of information in the A&E data led the council to investigate the area. It was discovered that a building site complete with an uncovered skip sat next to the nightclub where the assaults were taking place.

The council duly contacted the local environmental health team whose managers ordered the building site team to cover its skips, in turn removing the ready supply of unintended weaponry.

The Community Safety Partnership subsequently decided that only closed skips could be used within a certain radius of licensed premises so as to prevent similar instances of violence in the future.