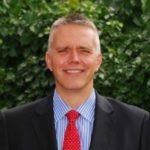 At the most recent meeting of the Business Continuity Institute’s (BCI) Board of Directors, James McAlister MA DipBCM DipEd FBCI FICPEM formally became the new chairman of the organisation, taking over at the helm from David James-Brown FBCI whose two years in office has now come to an end.

McAlister is a former police officer with over 30 years of experience in the spheres of business continuity, civil protection, emergency planning, security, firearms, public order and training. He has advised on and contributed towards many operations and exercises throughout the UK and, indeed, internationally, including political party conferences, major sporting events, VIP visits, counter-terrorism operations, public order events and environmental/man-made emergencies.

McAlister has won a number of prestigious awards, among them the Public Sector Business Continuity Manager of the Year Award at the BCI’s European Awards 2014.

On taking up the post, McAlister commented: “David James-Brown has left the Institute in a much better position than it has ever been before. We are financially stable, have a wider global presence, offer more member services and provide more research papers. Possibly, David’s greatest legacy is yet to be realised in the form of the Institute’s new customer relationship management system which doesn’t go live until next year. On behalf of all the membership, I would like to thank David for his dedication, loyalty, hard work and leadership over the last two years, and wish him well as he returns to his successful consultancy business.”

As announced previously on Risk UK’s website, Tim Janes Hon FBCI has become the new vice-chairman of the BCI after being voted in by his fellow members of the Global Membership Council.

Roberto Grosso Ciponte MBCI is the BCI’s new membership director, having also been voted in by those on the Global Membership Council.