Jailed managers ordered to pay back £560,000 to NHS in wake of procurement fraud 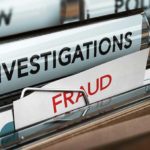 Three managers (one NHS employee and two contractors) who were imprisoned last year for fraud and are still behind bars have been ordered by the courts to pay back over £560,000 to the NHS. This follows a financial investigation by the NHS Counter Fraud Service (NHS CFS) Wales under the Proceeds of Crime Act 2002.

Mark Evill (48, of Shirenewton, Chepstow), Robert Howells (66, of Sudbury, Chepstow) and Michael Cope (44, of Garden City, Merthyr Tydfil) were convicted of fraud and sentenced to 14 years’ imprisonment between them in November last year after a fraud investigation, also led by NHS CFS Wales. It proved that Evill, who was contracted as a project manager by the Powys Teaching Health Board (PTHB), awarded work to contractor “George Morgan Ltd”, which he himself owned.

Evill also made payments to Howells and Cope with the money he earned to ‘buy’ their co-operation. The trio hit the headlines partly because they used fake names that were later revealed to be copying the real names of members of the rock band U2. Evill, Howells and Cope defrauded the PTHB out of £822,236.22.

Swansea Crown Court heard that the three must pay back the combined amount of £563,496.95 within their allotted amount of time or face extra time being added to their prison sentences.

The figure could grow. NHS CFS Wales investigators will also seek to recover any future assets or money that becomes available to the fraudsters to go back into the NHS. They will periodically revisit their wealth to see if any further money can be recovered through the Proceeds of Crime Act 2002.

Cheryl Hill, deputy operational fraud manager at NHS CFS Wales, said: “This result sends out a clear message that those found to have defrauded the NHS will not only face prosecution, but that the money stolen will be pursued to ensure that it goes back where it belongs. Evill, Howells and Cope were greedy in their bid to re-direct NHS funds into their own pockets, so it’s good to see the money being recovered so that it can be used for what it was intended for – patient care.”

Sue Frith, CEO of the NHS Counter Fraud Authority, added: “I commend the NHS Counter Fraud Service Wales for its work in the original fraud investigation and this very successful recovery. The court order enables the recovery of over half a million pounds for the NHS. Our organisations continue to work closely together to tackle fraud against the NHS. Procurement fraud is one of our priority action areas this year.”

EU’s Fifth Anti-Money Laundering Directive: What It Means for Businesses