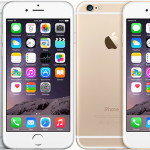 iPhone users can choose from 1.5 million official apps, but some continue to alter the OS to bypass factory settings and restrictions. On the back of Apple launching the iPhone 6s and 6s Plus, Bitdefender has been assessing what users need to know about jailbreaking the new iPhone, including top tips on how to stay secure.

Jailbreaking an iPhone will take users away from Apple’s safe, controlled environment to an unsafe setting whereby malicious, unauthorised apps may reside. 200,000 Apple users realised the dangers of jailbreaking when they had their Apple credentials stolen by an iOS malware dubbed ‘KeyRaider’, targeting only jailbroken iOS devices.

The process of jailbreaking disables the sandboxing feature of iOS, which is an essential piece of the security architecture. Sandboxing ensures third party apps access only certain pieces of user data and are therefore unable to access users’ address books, photos or location data without their knowledge.

Jailbroken devices can allow Governments to tap into a device. It was revealed that the notorious Hacking Team, the company specialising in Hacking-as-a-Service, could silently hijack jailbroken iOS devices.

After an iPhone or iPad has been jailbroken, iOS cannot be updated without reverting to the un-jailbroken default mode. Besides this inconvenience, it’s sometimes the case that end users have to wait weeks before an updated jailbreak toolkit becomes available.

As personal as the decision to jailbreak an iPhone may seem, this can have a major impact on an organisation. If a vulnerable device connects to a company-owned network, it can become a gateway for intrusions.

To help avoid breaches, Bitdefender states that an enterprise-wide Bring Your Own Device policy would need to prohibit the use of jailbroken phones or tablets. As the vast majority of malware needs to be manually installed, companies should educate users about the personal and business risks associated with a rooted or jailbroken device.

If an end user decides to take the risk of jailbreaking a device, they should remember to:

*Be careful what apps and software to trust. iPhone users should only download apps from reputable sources to reduce the chances of their smart phone becoming infected