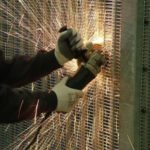 Overall, those making decisions about physical security have a low awareness of relevant industry standards, with the majority of respondents (56%) seeking expert guidance at least once a year. When specifying physical security measures, however, budget is the greatest challenge.

Almost one quarter (22%) of UK companies report that the consequences of their physical security being compromised would be severe and could even result in loss of life. A further 59% state that the outcome would be moderate, having an impact on day-to-day operations.

Despite this, decision-makers cite budget (47%) and lack of resources (36%) as the main challenges when specifying physical security followed by risks not being identified (26%), suggesting that many companies are cutting corners.

While the majority of companies (52%) adopt a proactive approach towards security, actively identifying risks and taking steps to minimise the chances of them happening, a significant amount are not risk management driven. The research finds that almost a third of companies (31%) are reactive or passive, only reviewing risks and threats after incidents have occurred. A further 10% are indifferent and never prioritise risk assessments even after a major breach has occurred.

Cris Francis, Jacksons Fencing’s security consultant, commented: “It’s concerning that, even with potentially severe consequences, many businesses are not prioritising security or taking a more risk management-driven approach. Many decision-makers are not identifying risks before they happen. Security experts should be consulted to help change this, otherwise incidents which realistically could have been prevented will continue to occur.” 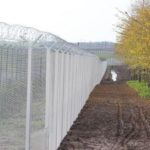 The majority of respondents** (56%) already seek expert guidance at least once a year. This is especially important given that many companies’ security decision-makers are not familiar with key physical security standards. Less than half had heard of the Loss Prevention Certification Board’s LPS 1175 Security Ratings (45%) and Secured by Design (42%), the most well-known certifications among respondents.

Most companies update their physical security multiple times each year (54%) with almost half (46%) running security simulations of potential breaches or emergencies. However, one-fifth (20%) never test their security measures.

Francis added: “Effective and commensurate physical security is more important than ever. Our research shows that half of companies believe they’re more at risk of physical attack than a decade ago. If they’re to avoid damage to their business or, worse still, putting people’s safety at risk, security should be a higher priority. The fact that almost half of decision-makers are held back by budget when specifying physical security illustrates that this isn’t yet the case.”

Francis concluded: “The value of a safe and secure environment far outweighs the initial and lifetime costs of specifying appropriate measures. Security consultants and experts need to engage companies, advise on measures suitable to the risks which have been identified and help communicate the value of physical security solutions. What’s more, businesses need to listen. The amount of updating and simulations occurring is a step in the right direction, but this needs to be happening right across the board.”

*‘Setting the Standard for Security’ is available in full on Jacksons Fencing’s website: www.jacksons-security.co.uk/high-security/security-report-download.aspx