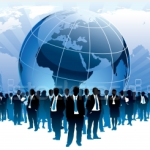 The company’s strategic initiatives including customer segmentation, organisational structure and excellence projects such as the defined procurement programme are “progressing according to plan” and have been actively supporting margin improvement.

To further facilitate alignment and boost customer focus, in June the business announced a new and strengthened organisational structure which became effective on 1 September.

Expectations for operating margin (which sit above 5.6%) and cash conversion (above 90%) remain unchanged.

Strong second quarter for the business 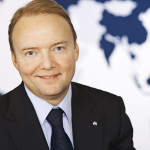 Speaking about these financials, Jeff Gravenhorst (Group CEO at ISS) explained: “We delivered a strong second quarter thanks to good growth in IFS, improved performance in some developed markets and progress in our strategic initiatives. In what is presently a volatile macroeconomic environment, we’ve increased our organic growth rate and improved operating margin.”

Gravenhorst continued: “We have also won new integrated facility services contracts and extensions with a number of significant customers. These include Danske Bank in the Nordics and Eastern Europe, Huashan Hospital in China, a hospital re-tender in the UK and a major contract secured with the Danish State Railways. Following significant contract wins and strategic initiatives, we now expect to deliver an organic growth of 3.5%-4.5% for the full year.”

Richard Sykes, CEO for ISS in the UK and Ireland, commented: “We’ve been a public company since the IPO in March 2014 and, during the intervening period between then and now, we’ve been trading well and profitably across the globe. The UK and Ireland continues to be a significant element in this success. I’m delighted that we’ve developed major contracts, partnerships and relationships which have contributed to the ongoing global success of the organisation as a whole.”