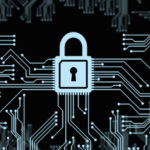 The Department for Culture, Media and Sport recently announced that it will be providing £20 million for cyber security lessons to be offered in schools and specifically designed to fit around pupils’ current courses and examinations. It’s a move that has been welcomed by the Institute of Risk Management (IRM).

Cyber Security is fundamental to all businesses across all sectors including banking, finance and insurance. Globally, every enterprise in every sector relies heavily on technology in an increasing age of ‘interconnectedness’. Cyber isn’t only about hacking e-mails or bank account details – it affects business, infrastructure, defence and the safety and security of our nation.

Now, on the back of the Conservative Government’s announcement, somewhere in the region of 5,700 pupils aged 14 and over will spend up to four hours per week on the subject in a five-year pilot study.

IRM chair Nicola Crawford FIRM, managing director at I-Risk, commented: “The IRM applauds the Government’s initiative to offer cyber security lessons in England’s schools. Preparing Britain for the future challenges posed by cyber security threats is an important step in the right direction. We live in an increasingly networked world, from personal banking to Government infrastructure. Protecting those networks is no longer optional. The Internet of Things means enterprise-wide risk management, including cyber security policy, has never been more important.”

Cyber risk is now firmly at the top of the business agenda globally as high-profile breaches raise fears that hacking attacks and other security failures could endanger the global economy.

Crawford continued: “Today, organisations are increasingly recognising that they’re insufficiently prepared to protect themselves against cyber attacks. Robert Hannigan, the director of GCHQ, recently revealed that the UK is hit by 60 major cyber raids every month. It’s not surprising, then, that Government and the business sector is searching for better cyber defence strategies.”

IRM spokesperson Alexander Larsen FIRM, president of Baldwin Global Risk Services Ltd, stated: “Cyber risk has been a growing threat in the last few years and it doesn’t look like 2017 will be any different. A recent report claimed that the risk in 2016 was four times higher than that in 2015. Indeed, with technological advances allowing us to take further steps towards a cashless society, companies moving towards a paper-free business model [one recently completed hospital in Qatar is virtually paperless] and goods such as cars, fridges, televisions and the home in general moving to complete automation or control by phone, there’s more for hackers to target than ever before.”

The IRM supports the growth of future talent in the cyber risk arena, but is also cognisant of the need to support business in the development of skills in the workplace in order to manage this threat today. In response to this need, the IRM has recently developed a course on managing cyber risk.

Developing the necessary talent to manage cyber threats is no longer a ‘nice to have’. Rather, it’s now a business necessity and extends learning from the classroom into the business world.