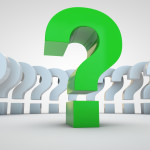 While most of the technical aspects of capital models for insurers are now relatively well developed, industry players, regulators and Boards of Directors alike recognise that areas of vulnerability remain, including the modelling  of operational risks. Until now, the industry’s lack of consistency and definition in this area has run the risk of delivering inaccurate capital requirements.

Devised by the IRM and ORIC International, the guidance entitled Operational Risk Modelling: Common Practices and Future Development aims to change that situation. It approaches operational risk in the context of insurers’ internal risk models, duly examining how to validate and communicate the assumptions and techniques involved to produce an end result that’s understood and trusted by both organisations and regulators.

Major points for recognition and action

Key points to note for practising risk professionals are as follows:

*If the model can also be used for a wider range of purposes – including as a viable tool for supporting decision-making across the entire company – then the business case for development, maintenance and evolution of the model is far more compelling

*In order to calculate their capital figure for operational risk, most firms are using – in varying combinations and to varying extents – some form of hybrid modelling approach alongside scenarios and loss data

*One area of clear convergence is the technique to derive the aggregated loss outputs, with 78% of those surveyed using Monte Carlo simulation 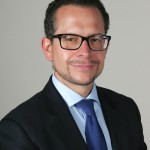 Jose Morago: chairman of the IRM

*There is perhaps more focus on the validation of expert judgement in operational risk due to its pervasiveness throughout the whole operational risk model, particularly so in those firms relying heavily on scenario assessment

Jose Morago, the IRM’s chairman and founder of the IMIF, explained: “The Solvency II legislation recognises that the overall risk exposure of insurers can be reduced by the diversity of their business. This is because the adverse outcome from one set of risks can be offset by a more positive outcome from a different, uncorrelated set.”

Morago continued: “The amount of money at stake is significant: this ‘diversification benefit’ could potentially reduce the capital that an insurer is required to hold by up to 50%, which could amount to billions of pounds for a major multiline insurer.”

However, understanding and calculating the drivers of diversity within the internal model, working out the appropriate level of diversification benefits and making sure that this results in a credible number for the business and the regulator are not easy tasks.

The guidance booklet entitled Diversification Benefit: Understanding its Drivers and Building Trust in Numbers addresses this industry problem by looking at how insurers’ internal risk models should take account of the potential for diversification credit. It also examines how the assumptions involved can be properly validated and communicated in order to produce a result that the organisation and the regulators may both understand and trust.

Sicsic added: “Preparation for Solvency II has prompted significant progress within the industry in the last two years in order to better quantify operational risk. Quantification is now regarded as a key tool for the management of operational risk so this represents a huge step forward compared to approaches under the previous ICA regime.”