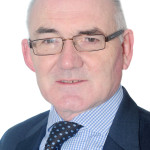 Following a detailed four-week investigation process conducted in the wake of the BBC’s Inside Out programme broadcast on 23 March, Industry Qualifications has now submitted a final report on alleged fraudulent claims for certification by Ashley Commerce College. The investigation has identified “significant levels” of fraudulent activity involving candidates who had not undergone training and/or had not sat for examinations being included with candidates that had undertaken programmes in the proper manner. The alleged fraud was halted during external verification and, indeed, wasn’t visible during unannounced external verification visits.

As a result of Industry Qualifications’ investigation, the certificates for 251 candidates who achieved certification on a fraudulent basis were revoked last week. The Security Industry Authority (SIA) has been informed of this occurrence. The majority of the students involved have been sent a letter detailing the action taken and Industry Qualifications is now working with the SIA to confirm contact details for the remainder of those students.

In addition, Industry Qualifications has decided to refer this matter to the police for investigation.

An official statement issued by Industry Qualifications reads: “Details of those associated with Ashley Commerce College that we believe were involved in the fraud – along with the names and addresses of the candidates fraudulently achieving qualifications – have been submitted to the police. Given the impending police investigation, no further comment will be made on the details of the complaint at this time. However, Industry Qualifications will be pursuing action in civil courts against all of those involved, including the students concerned, on completion of the police investigation.”

Learners who sat for security qualifications at Ashley Commerce College during January, February and March of this year (and who are presently awaiting their results) should note that they are not implicated in this investigation. These candidates are urged to contact: info@industryqualifications.org.uk via e-mail and include their full postal address as well as full details of the qualification for which they have studied.

Industry Qualifications has undertaken a full review of its actions in relation to Ashley Commerce College. The business can confirm that it has operated correctly and in accordance with both its own procedures as well as the stated Joint Awarding Body guidelines.

A review will also be undertaken by an independent third party to verify the actions of Industry Qualifications.

The official statement continues: “While Industry Qualifications has operated appropriately and in accordance with accepted norms for awarding organisations, we recognise that fraud has been committed and not picked up by standard quality assurance processes. In parallel to the investigation at Ashley Commerce College and our internal review, Industry Qualifications has considered actions that might be taken to reduce the potential for fraud of the nature of that which was conducted at Ashley Commerce College.”

Industry Qualifications will also be providing a detailed outline of the fraud to other awarding organisations operating in the sector complete with details of those involved.

The Industry Qualifications statement concludes: “It is the opinion of Industry Qualifications that systemic and organised fraud of the nature that we have encountered will only be stamped out through an extension of licensing and a policy which includes reporting all those identified as being knowingly and wilfully involved in fraudulent activity – including students – to the police. The requirement for reporting has been adopted by Industry Qualifications with immediate effect and will be reflected in statements made on examination documentation moving forward.”