IOPC’s Annual Report points towards “improvement in timeliness of investigations” 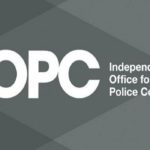 The latest Annual Report published shows significant improvements in the timeliness of investigations completed by the Independent Office for Police Conduct (IOPC) in 2018-2019 at a time when the organisation is receiving more referrals than ever. During 2018-2019, the IOPC received 4,097 referrals – more than ever before – while still focusing on improvements, with four out of five investigations now completed in 12 months. This result marks the best-ever performance for the organisation.

*receiving more referrals than ever before from police forces (4,097), as well as 3,001 appeals from members of the public

*closed 82% of cases carried over from the Independent Police Complaints Commission (of the 538 cases inherited in January 2018, by the end of March 2019 only 93 remained in progress in March 2019)

During the year, significant public engagement was undertaken to inform and guide the IOPC’s work including:

*holding thematic round table discussions on domestic abuse, road traffic incidents and mental health with people drawn from a variety of specialised areas to inform the areas for focus 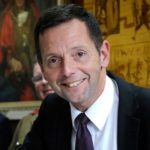 Speaking about the report, IOPC director general Michael Lockwood informed Risk Xtra: “In our first year of operation we made a concerted effort to address the concerns people raised with me when I became director general. This saw a strong focus on reducing the time taken to complete investigations. We’re now completing four out of five in less than 12 months. Our focus on identifying organisational learning and on working with and listening to our stakeholders is now much greater.”

Lockwood went on to state: “At the same time, we know there’s more work to do and we’re not complacent about this. We’ll be further streamlining our investigation processes, strengthening our work on data and introducing better ways in which to share the lessons learned from complaints and investigations. Next year, we also fully expect to see legislative changes implemented alongside delivering our existing commitments.”

The IOPC oversees the police complaints system and investigates the most serious incidents and complaints involving the police. The organisation uses learning from its work to influence changes in policing. All of the IOPC’s work is conducted independently of the police, Government and interest groups.