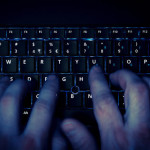 Identifying the methods and strategies used by organised crime networks and individuals to avoid detection on the Darknet was the focus of a specialist training course hosted by Interpol’s Global Complex for Innovation.

During the five-day training course which ran from 27-31 July, invited participants role-played as vendors, buyers and administrators in order to improve their understanding of the technical infrastructure of the Tor network hidden services, the structure of illicit marketplaces and crypto-currencies. Exercises also included live law enforcement ‘take downs’ of the simulated marketplaces.

“Darknets are fast emerging as the preferred trading venue for organised crime networks and individuals to carry out illicit activities,” explained Madan Oberoi, director of Interpol’s Cyber Innovation and Outreach Unit, “with crypto-currencies the preferred medium for paying for these criminal services.”

Oberoi continued: “The specialist training provided by Interpol equips law enforcement professionals with the understanding and tools they need to take very real action on targeting criminals in the virtual world. This unique course also underlines the added value of Interpol’s Global Complex for Innovation to our member countries in helping them address emerging crime threats.”

Co-developed by Interpol and the Netherlands’ Organisation for Applied Scientific Research (TNO), the course also included the concept of penetration testing marketplaces on a Darknet infrastructure to determine whether a system is vulnerable to attack.

A second course is scheduled to run in Brussels during November, with a separate training event also planned for senior law enforcement officers in order to raise awareness of these new threat areas at all policing levels.

Identifying areas for the enhanced sharing of operational information to more effectively combat terrorism in Europe and beyond was the focus of a recent meeting between Germany’s Minister of the Interior, Thomas de Maizière, and Interpol’s Secretary General Jürgen Stock.

Accompanied by Holger Münch, the President of the German Bundeskriminalamt (BKA), the Minister was briefed on Interpol’s capabilities in supporting member countries through intelligence sharing, analysis and training in border management techniques. 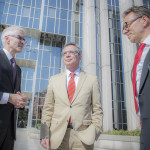 The delegation was also updated on Interpol’s ongoing co-operation with organisations including Europol to harmonise regional and international counter-terrorism efforts. Through its presence in North Africa and the Middle East, Interpol can play a significant role in safeguarding European Union (EU) security outside of its borders, particularly when it comes to addressing the issue of foreign fighter flows.

Interpol’s role in combating terrorism as a global platform for information exchange has been recognised by both the United Nations Security Council and the EU. Its foreign terrorist fighter database currently contains some 4,500 profiles of individuals travelling to or from Syria and Iraq.

“The threat of international terrorism persists,” said Minister de Maizière. “This was once again demonstrated by the tragic incidents in France and, most recently, Tunisia. To effectively counter terrorism, it’s essential to share information in a comprehensive and trusting way at an international level. With its long-standing experience as a stakeholder of international co-operation and its contact points in 190 member countries, Interpol is of central importance in this context.”

The Minister also underlined Germany’s commitment to international law enforcement with the decision to second additional officers to the Interpol General Secretariat headquarters in Lyon.

Welcoming the Minister’s announcement, Secretary General Stock responded “In today’s increasingly borderless world, Interpol is uniquely placed to assist law enforcement in providing a co-ordinated and integrated response to transnational crime and terrorism, both of which are becoming more global in nature. Each country has a role to play in ensuring the safety and security of citizens at home and abroad, and Germany continues to demonstrate its support to the wider law enforcement community through a close co-operation with Interpol. This is shown by the decision to second more officers.”

Germany is among the highest contributors to – and end users of – Interpol’s global databases, including for wanted persons, stolen and lost travel documents, stolen motor vehicles and fingerprints, generating possibilities for other member countries to identify fugitives attempting to evade justice.

BKA President Münch stated that the visit provided opportunities for even closer collaboration. “In view of crime developments there is no alternative to close international police co-operation, and Interpol plays a key role in this context. Secretary General Stock, who previously served as vice-president of the BKA for many years, is familiar with the efficiency of German police work. I’m convinced that this will be another factor in strengthening our co-operation with Interpol in the upcoming years.”

The German delegation also visited Interpol’s Command and Co-ordination Centre which provides 24/7 support to each of the organisation’s 190 member countries. In addition, there was an update on the activities of Interpol’s Global Complex for Innovation in Singapore.

Tackling the Power and Data ‘Capacity Crunch’: “Security sector must play its part”