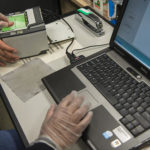 Interpol’s Secretary General Jürgen Stock has stated that greater co-ordination is essential for the global community to effectively respond to the threat of returning foreign terrorist fighters (FTFs). With increased concerns of the potential displacement of FTFs due to heightened military pressure on ISIL, including the ongoing offensive in Mosul, Stock is warning that, five years after the start of the Syrian conflict, “dangerous gaps” still remain in global screening efforts.

Attending the G6 Interior Ministers meeting in Rome, Stock asserted that, with estimates placing up to 15,000 fighters still within the conflict zones, a more complex picture was emerging.

“The concern is what these foreign terrorist fighters will do with the skills acquired in battle and the networks which facilitated their recruitment when they leave the conflict zones,” explained Stock. “We’re moving away from the original ISIL foreign terrorist fighter landscape, with flows now potentially heading towards multiple conflict zones as well as individuals returning to their countries of origin.”

FTFs of more than 80 nationalities have been reported to Interpol.

“We’re facing a much less predictable model in terms of terrorist travel,” added Stock. “We need to apply the lessons learned from attacks by individuals such as Mehdi Nemmouche in implementing a global response.”

After fighting in Syria for a year, Nemmouche travelled via South East Asia before returning to Europe to carry out his deadly attack at the Jewish Museum in Brussels, an incident in which four people were killed.

“For Interpol, here lies perhaps the greatest gap in international efforts against this threat,” said Stock. “By sharing information globally via Interpol, countries extend their national security perimeter, potentially enabling the identification of a threat far away from their own border or even closer to home.”

With battlefields holding valuable intelligence for law enforcement abroad, in July Interpol became a partner within the Global Coalition to Counter ISIL in support of its non-military efforts to stem the flow of foreign terrorist fighters. Earlier this year, information on foreign terrorist fighter entities recovered from the conflict zones was provided to Interpol via its National Central Bureau in Washington. Interpol’s sharing of this data with its member countries has already resulted in one European nation identifying and arresting five returnees as well as flagging four additional individuals, including recruiters and facilitators.

“We find ourselves at a critical stage in our efforts to combat the terrorist threat,” concluded Stock. “International action can and will bring concrete results, but we must be systematic and consistent. We have to close the loopholes being exploited by terrorists at the national, regional and international levels if we are to succeed. We don’t need new information sharing systems, which could actually create more challenges to co-operation. We just need to use the ones already in existence to their full potential.”