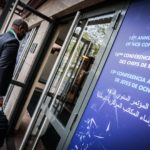 Strengthening its membership’s capacity to serve national and regional policing needs was the focus of an international Interpol meeting that ran from 9-11 April. The 15th Heads of National Central Bureaus (NCBs) Conference enabled 145 countries to endorse a series of recommendations to strengthen the crucial role of NCBs in global security and bring Interpol’s capabilities – notably its databases – closer to front line police officers.

Boosting biometric database accessibility globally, and particularly so at border controls, was high on the agenda, with a specific panel dedicated to Interpol’s operational and investigative NCB support services.

During expert panels, heads of NCBs saw how organised crime is increasingly using the Darknet and crypto-currencies in cyber space, with demonstrations of Interpol’s capabilities available to NCBs through the former’s Global Centre for Innovation in Singapore.

Interactive presentations on Interpol’s I-Core project – an initiative aimed at tailoring Interpol’s services to the evolving needs of member countries – enabled NCB heads to devise ways in which to strengthen performance and raise their police leadership profile at the national level.

The meeting heard NCB testimonials about the impact of Interpol services in member countries, including a presentation by Kenya’s anti-terrorism director on the Nairobi terrorist attack last January and the deployment of an Interpol Incident Response Team within 24 hours of the attack.

Regional round table meetings enabled heads of NCBs to discuss common law enforcement challenges and determine how Interpol’s global capabilities and services are being used to overcome them and how they could be improved.

Recognising the need to strengthen NCB capabilities, the meeting closed with a call to enhance NCB operational performance by the increasing use of Interpol services at the national level, engage in regional partnerships based on reciprocal efforts to strengthen international police co-operation and boost cyber analytical and operational capabilities through the creation of dedicated cyber crime units within national law enforcement structures.