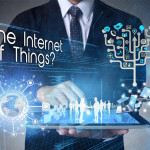 At that launch event, participants in The Internet of Things Security Foundation (IoTSF) will set out its intent, mission and programme of activities designed to promote security excellence in Internet of Things (IoT)-related systems.

The need for such an initiative has been validated through analysis, stakeholder consultations and an IoT Security Summit held earlier this year at Bletchley Park. The result is an initiative which will be vendor-neutral, collaborative and international in scope. The IoTSF it will be dedicated to propagating security excellence in IoT applications.

Pre-launch, the IoTSF already has the backing of over 30 organisations from global brands to academic institutions. Those supporters include Broadcom, Cadonix, CoreTest Technologies, Display Link, BT, City University London and the University of Greenwich.

As more and more devices are being attached to the Internet for a multitude of reasons, the potential attack surface and corresponding security threat increases dramatically. Adversaries with wide-ranging motivations have an ever-rich target where security gaps, sometimes caused by a basic lack of knowledge, are being exposed on a daily basis.

Given that situation, the IoTSF has been formed in response to a spectrum of security concerns as the rise in global IoT system deployments is greatly anticipated.

Addressing security issues from the start

IoTSF representative John Moor commented: “Opportunities around the IoT are staggering. There are a great many possibilities for businesses in all sectors including manufacturing, transport, healthcare and public services. However, there are ever-real security challenges that accompany those opportunities.”

Moor continued: “It’s vital to the adoption of existing and new systems that security is addressed from the start, that it’s fit for purpose and can be managed over the life-cycle of a given system. Our intention is simple. We want to drive excellence in IoT security. By creating a dedicated focus on security, the IoTSF aims to be the home for providers, adopters and beneficiaries of IoT products and services.”

In conclusion, Moor told Risk UK: “The core focus on security can only be realised by working internationally and with others. Therefore, we’ll be inviting organisations throughout the IoT ecosystem who have a commitment to secure products and services to join IoTSF. We also intend to work with colleagues in other IoT alliances and the standards bodies such that we can effectively achieve our common goals.”

The IoTSF is facilitated by NMI, the not-for-profit Trade Association focused on electronic systems, microelectronics and semiconductors.

*Attendance at the IoTSF VIP launch event is by invitation only. For more details – as well as all the latest news and further announcements around security and the IoT – visit: www.iotsecurityfoundation.org