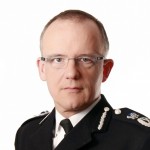 While the present security focus is understandably on the threat posed by ISIL, it’s worth making the point that the Syria-related challenge represents just over 50% of the work conducted by the counter-terrorism network. Mark Rowley outlines how and where the police service is targeting its security efforts.

The level of terrorist activity is as high as it is broad and complex. It ranges from the planning of sophisticated and co-ordinated attacks against strategic targets through to crude, spontaneous acts of violence perpetrated by self-starting lone actors.

In the UK, over 700 extremists are known to have gone to Syria. That number is growing. Around half of those British extremists are believed to have returned. Many will be militarised and radicalised. They will shape the threat in the UK for the foreseeable future.

There’s now increasing evidence of links between those involved in gangs, neighbourhood drug-dealing and low-level criminality and extremists, radicalisers and would-be terrorists. Those vulnerable to joining a gang can be just as attracted to joining a terrorist cause. We’re seeing this happen again and again, with many of today’s terrorists being yesterday’s street criminals.

When gangs and extremists come together there are potentially grave consequences, particularly so when you consider that some of these gangs have access to firearms. While this is of course a concerning development, we are somewhat reassured that access to high-powered weaponry is extremely difficult in Britain. This is largely thanks to years of investment by the authorities in stemming the flow of devastating military-grade weapons commonly seen on the continent.

In this context, the term ‘gangs’ isn’t designed to reference the drug cartels or the organised criminal enterprises whose objectives are solely financial. Indeed, these groups feature extremely rarely in our counter-terrorism operations. Rather, we’re talking about the street gangs and loosely affiliated groups of misfits, dropouts and criminals.

The focus is on the type of law-breaker that we all come across in day-to-day policing and, most notably, in our towns and cities. This is but one reason why the police service’s role in countering terrorism is so vitally important.

Another concerning development is the deliberate targeting by recruiters and extremists of vulnerable people, including those who are homeless, in trouble with the police or harbouring mental health problems. We have also seen young people from homes with a history of domestic violence leave their families to head for Syria.

Young people from troubled families can find their place and an identity in extremism. Those failing at school or at life or those with mental illnesses are vulnerable to a narrative that offers self-belief and promised rewards. These often impressionable people are being manipulated to carry out acts of violence.

However, it’s not just the vulnerable who are falling for the extremist Call to Action. ISIL is also able to attract more ‘successful’ candidates, including ‘Grade A’ students, professionals, doctors and teachers who are persuaded – despite ISIL’s brutality – to join and even bring their families along.

Another environment where radicalisation is a factor is the prison estate. Being in prison is becoming a key enabler for extremist activity. The number of prisoners with an extremist mindset is increasing and, unless there’s rapid and resolute effort expended to tackle this situation, we face a future where such prisoners become even more extremist and also radicalise others.

One element of concern is that more than a third of the 700 British travellers have no previous counter-terrorism history with us. That creates massive challenges both in terms of a growing cohort of terrorists and uncertainty as we try to spot those who might be the next individuals to step towards terrorism.

At present, the terrorist threat is rated ‘Severe’. Confronting that threat is challenging at best, but now we have an operational context in front of us that’s making this challenge more and more difficult.

We’re seeing an increasing threat emanating from unstable countries and failed states from which terrorists seek to plot attacks against us. Due to dysfunctional – or even non-existent – law enforcement and national security capabilities in those countries, this severely hampers our own ability to gather critical intelligence that could save lives on home shores. Putting it bluntly, there is sometimes no credible law enforcement partner to work with when it comes to preventing terrorists from projecting their threat.

Regrettably, we’re also seeing a degradation in our ability to tap into the crucial information that exists in the virtual world. We are very much at risk of the Internet becoming another ‘ungoverned space’ that provides a safe haven for terrorists to radicalise others and organise attacks across the globe.

In tackling organised crime and terrorism for the last two decades, it’s fair to say that for most of this period all of the methods available to criminals around communicating with each other were within our reach. Properly authorised and lawful surveillance is, of course, critical. However, the Snowden revelations mean that terrorists and major criminals are now better informed about our techniques and potentially able to exploit blind spots.

Indeed, the fall-out from the Snowden revelations led to some communications providers being less helpful to law enforcement agencies in sharing their information, in turn aggravating an already serious problem.

What about the scale and range of the challenge, particularly within the Government’s ‘Pursue’ agenda? We currently have hundreds of live counter-terrorism investigations ongoing, ranging from those focused on fundraising to attack planning. 60% of those investigations are jointly managed between the police service and the Security Service, including the tenth that involve attack planning. The remainder are police-led.

Around 20% involve collaboration across the regions of the national counter-terrorism policing network. One third involve work with local forces and, when it comes to taking executive action, on nearly all occasions there’s close working with local forces to manage the community concerns that can arise.

Let’s explore for a moment the critical relationship that exists between the police counter-terrorism network, the Security Service and other security and intelligence agencies. The police service and MI5 are effectively a joint task force. The relationship is the most joined-up operational collaboration I’ve seen in my service. It was not always that way, but the growing demands and the nature of the threat over the past 15 years have enabled us to form a highly effective and successful partnership.

The Security Service (with its national security lead) and the police service with our public protection, investigation, intelligence-gathering, disruption and prevention remit make for a formidable pairing. It’s one that’s envied across the world.

Just as important as the relationship with the Security Service is the essential contribution of local policing and its links with the counter-terrorism policing network. That local contribution delivered all over the country gives us thousands of pairs of eyes and ears, crucial community links built on engagement and confidence, access to covert human intelligence, ‘Prevent’ engagement and safeguarding of those who are vulnerable, an armed response capability and a joined-up investigative capability against the street-level gangs, criminals and fraudsters.

As stated, the police and the Security Service are currently working on hundreds of counter-terrorism investigations. Last year alone, we foiled several plots against targets in the UK and 89 people were convicted of terror-related offences. 114 individuals are now awaiting trial.

Over the past three years, the number of counter-terrorism related arrests has increased by 56% compared with the previous three. The only quarters with more arrests were those immediately after 7/7 and 9/11.

The charge rates – and volumes of individuals charged – have increased significantly over the last four years suggesting the pursuance of good quality investigations.

We’ve developed a strong counter-terrorism network that sits brilliantly within policing, bridging as it does our local-to-global reach, a unique partnership with our intelligence agencies and strong interoperability and relationships with local forces.

Have we reached the end of ‘The Thin Blue Line’?