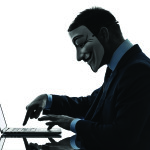 Cyber crime specialists from across Europe have converged on the UK to take part in a groundbreaking exercise designed to test the international response to serious cyber crime.

‘Silver Shadow’ – a multinational exercise run by the National Crime Agency’s (NCA) National Cyber Crime Unit (NCCU) and funded by the Foreign and Commonwealth Office with support from the Home Office – saw officers from no less than eight different countries pool their knowledge and resources in a bid to assess their collective response to a simulated cyber attack on a fictitious international petroleum company.

The aim was to test how investigators and prosecutors would work together in the event of a complex criminal incident spanning several different legal jurisdictions to ensure an effective response to future cyber crime attacks. It was also an opportunity to develop stronger operational partnerships between investigation teams and prosecutors.

The exercise took place over a week, beginning on Monday 30 November at the Cabinet Office’s Emergency Planning College in North Yorkshire, which is run by Serco. The event platform was a specialist Serco service called cybX that prepares both private and public sector organisations to prevent and respond to serious cyber attacks.

‘Silver Shadow’ follows a pilot event, designated ‘Silver Pilot’, which was held in October to test and develop the interoperability between the UK’s cyber crime units, notably the NCCU and cyber units within the Regional Organised Crime Units (ROCUs), Police Scotland and the Police Service of Northern Ireland.

Jamie Saunders, director of the NCA’s National Cyber Crime Unit, commented: “Together, ‘Silver Pilot’ and ‘Silver Shadow’ form an important part of the NCCU’s efforts to prepare the UK’s response to the ever-changing cyber crime threat at the regional, national and international levels. By its very nature, cyber crime is international, with many of the criminals and the technical infrastructure they rely upon based overseas, and yet its impact is felt by real people and real businesses in communities across the UK.”

Continuing this theme, Saunders said: “This means that our response has to be capable of linking police colleagues dealing with victims at a local level with law enforcement colleagues in other countries investigating and prosecuting those who may be responsible. It’s why the NCCU puts strong international partnerships at the heart of our efforts to combat the most serious cyber crime threats to the UK. We have lots of learning to take away, but through this exercise we have demonstrated that, just as the criminals can work across national borders, so can law enforcement.”

Richard Preece, Serco’s director of cybX, stated: “It has been a privilege to support members of the international law enforcement communities. Every day we hear about another cyber attack. For its part, cybX offers organisations a way to ensure their people are properly prepared. It’s one thing to invest in the best technology, but organisations must also invest in developing their people and test their capabilities. Serco’s training puts employees from the server room to the Boardroom through their paces, enabling organisations to better prepare for cyber episodes.”