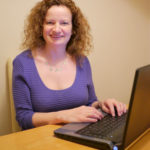 A lack of funding to improve forensic science is jeopardising the integrity of the criminal justice system. That’s the considered and thought-provoking view espoused by Forensic Science Regulator Dr Gillian Tully in her Annual Report for 2015-2016. In the document, Tully states that not all police forces have been “fully committed” to reaching the required standards, with some failing to recognise the impact of quality failures in this area.

Tully also observes that the main challenge towards achieving quality forensic science over the past year has been financial. Indeed, the Regulator has now called on police forces and the Legal Aid Agency to make more funding available.

“Police forces must not treat quality standards for forensic science as an optional extra,” asserted Tully, “and neither must others delivering forensic science in the criminal justice system. Progress has been made, but some forces say they cannot afford to deliver both operational work and the required standards of forensic science. The standards are not an unachievable ‘gold-plated’ ideal. They are the minimum standards expected of any reliable forensic science.”

The Forensic Science Regulator’s second Annual Report also calls for investment in the forensic systems currently used by the police service to ensure they can keep pace with ever-increasing amounts of work.

Other key findings from the report include the following:

*The Regulator finds there is still a significant risk of DNA contamination in police custody. Tully warns that, if guidance isn’t followed as a matter of urgency, contamination could compromise evidence or mislead the courts 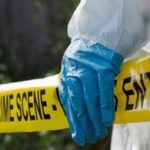 Going forward, the Forensic Science Regulator will continue to work with the police service and other agencies across the criminal justice system to improve the quality of forensic science.

Simpson continued: “We were successful in a bid to the Police Transformation Fund in order for the police to improve capability and standards. Existing expert networks across the country share Best Practice and offer immediate support when issues have been recognised.”

In conclusion, Simpson added: “Nationally, we will continue to work in partnership with police forces, forensic service providers and the Forensic Science Regulator in order to deliver on the forensic strategy and respond to the challenges faced by the service.”