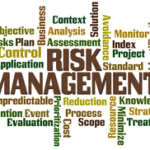 Political instability caused by low oil prices, increased shareholder activism and the business threat posed by a potential UK exit from the EU are among the chief concerns voiced by some of the UK’s leading risk experts for 2015.

As 2014 draws to a close, members of the Institute of Risk Management (IRM) were asked to identify key risk areas for 2015. A broad range of oil and gas, political, healthcare, regulatory and insurance risks were highlighted as potential flashpoints.

“The lower oil price will raise a number of risks, including political and social disruption in oil producing countries which, if not successfully managed, will impact on the world,” asserted Mark Boult, Fellow of the IRM and director at risk management consultancy DNV GL.

Boult continued: “Given the greater financial pressure we will see on the sector next year, stakeholders need to maintain their focus on the integrity of assets. Not doing so will deliver poorer reliability and increase the risks of a major accident. Industry and Governments should work together to proactively manage down the commercial pressures and risks facing the industry from the oil price drop.”

A catastrophic major accident and physical asset integrity will remain a major industry focus for next year. “Such events are always – and always need to be – at the front of our minds given the impact they have on people, the environment and the business of the industry as a whole,” explained Boult.

An uncertain political environment in the UK is highlighted as a key risk area for next year by IRM members. “We need to watch closely how the dialogue between the UK and the EU develops,” said José Morago, IRM chairman and group risk director at Aviva. “The potential risk of a UK exit from the EU could bring about even bigger strategic, operational and legal risk challenges to many international companies than those raised by Scottish independence.”

Morago added: “Next year, we have the UK General Election and possible presidential elections in Europe. With continuing fiscal deficits, cost of living pressures, low investment returns and low public trust in financial institutions, there’s a real risk of further – and bolder – political announcements as parties compete for public approval.”

Mark Butterworth, member of the IRM and managing director at risk management consultancy Condie Risk, believes the unpredictability of next year’s UK General Election is unique in his adult memory. Butterworth argues that a vote to leave the EU could provide the Scottish National Party with a boost, “possibly leading to the start of the ‘second’ wave for independence.”

Alternatively, an indecisive result in a May election which fails to resolve ‘the European question’ could lead to “upheaval, forcing a second General Election in late 2015, with all the attendant uncertainty that entails.”

The total number of Ebola deaths is predicted to peak in 2015 according to Patrick Keady FIRM, risk leadership consultant with the NHS. “This will be achieved by continuing with current levels of awareness, actions and plans and by Governments avoiding ineffective knee-jerk reactions. Lessons will be learned from Sierra Leone’s handling of the crisis where 21% of people infected died compared to 60% in Guinea and 42% in Liberia.”

Further 2015 predictions by Keady are as follows:
*“It will be the year more people will say ‘No’ to so-called ‘healthy food’, leading to reduced demand for healthcare in the long term. People can consume up to seven times the World Health Organisation’s daily recommended amount of sugar when their diet is limited to foods such as low fat yoghurts, muesli bars and sports drinks. The debate about processed versus natural food will escalate with the launch of ‘That Sugar Film’ next year.”
*“Drugs and alcohol will both start to be seen as healthcare issues. With 9% of all emergency hospital care being for people with a drug or alcohol problem, 36% of these are from the most disadvantaged neighbourhoods. An increased focus on the health implications of drugs and alcohol will start to benefit the population and, in turn, reduce drug and alcohol-related crime statistics.”

According to IRM commentators, new regulation is going to pose risks for companies and company directors in 2015.

Taken together, the 2014 UK Corporate Governance Code and Financial Reporting Council’s Guidance on Risk Management will significantly upgrade the weaponry of shareholder activism in 2015. “Greater corporate governance and risk management education at Board level – including Company Secretaries – will be needed to mitigate against the risk posed by the new regulatory environment,” stated Mark Butterworth.

The Financial Conduct Authority’s drive for greater competence and capability means that Boards of Directors must be far more proactive about ensuring their capabilities match their needs. On this point, José Morago commented: “Boards need to identify governance gaps and plug them fast, whether that’s through acquiring new skills, qualifications or experience. What’s expected from Boards is going to be raised quite fast next year.”

Reduced profitability for the UK insurance sector is an identifiable risk for 2015 according to Enrico Bertagna, IRM affiliate and senior vice-president of business development at Allied World Europe Insurance.

“If there’s no material change in claims trends or major catastrophes,” outlined Bertagna, “we’re looking at ongoing downward pressure on premium rates, reducing underwriting profits in most classes of business.”

Bertagna also believes we’re likely to see a trend towards the localisation of risk in 2015. “We’ll see less premium flowing to London from emerging markets. That will lead to reduced premium to London market insurers on the one hand, while potentially exposing local market insurers to greater volatility on the other.”