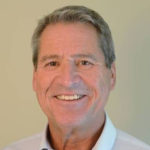 Global conflict, bush fires, flooding and political unrest. These are just some of the key issues unearthed as a result of the Institute of Risk Management (IRM) asking its senior members what their risk predictions are for 2020. In Part 1 of Risk Xtra’s round-up, practising risk professionals focus on charities and the third sector and the hugely important subject of climate change.

Commenting on charities and the third sector, Alyson Pepperill CFIRM (chair of the IRM’s Charities Special Interest Group and client projects director at Arthur J Gallagher) stated: “As the new decade dawns, we’re at a point where charities as entities set up for public benefit are vital to the UK and global social care and other systems. The challenges involved in maintaining current levels of public expenditure for such systems and the pace of change don’t seem to be slowing. Charities are having to innovate and maximise efficiency at the same time as they need to meet increasing demand. Against this backdrop, some are suffering from reduced volunteer numbers, an ongoing squeeze on service contracts, continued scrutiny of regulators and the media. We believe difficult times involving difficult choices will continue throughout 2020.”

On the positive side, those who can innovate and have the scale to do so in a compliant manner are likely to survive and even thrive. Smaller charities, being more nimble and perhaps under less under scrutiny from the media, are also probably in a good place. Mid-sized charities may struggle. According to Pepperill, they need to reflect on their core values and perhaps look for mergers or other partners in order to survive and thrive.

The key individual risks charities will be tackling in 2020 – as identified by the Special Interest Group (SIG) team – include raising and/or maintaining high quality safeguarding standards, establishing the right risk culture within the organisation and tackling emerging risks in a more systemic and less reactionary way.

All of this can be summarised as ‘building risk resilience’ and taking an “agile” approach towards coping with the ever-changing society around us.

Paul May CFIRM (chairman of the Concordia Consultancy Ltd, a member of the IRM’s Climate Change SIG and a former IRM Board director) began his 2019 predictions on the subject of climate change with the following statement: “Although there is a lot of discussion about the extent and effects of global warming, it’s likely that neither insurers nor risk managers will commit to research at the level and depth required to reach a clear consensus as to the problem and the short and medium term solutions to protect assets and businesses.”

May has traced the history of the climate change debate, especially with a view to highlighting the extent to which perception is now far more important than the continual need for ever-more categoric proof.

Over 30 years ago (in July 1988, to be exact), the New Scientist published a paper entitled ‘The Challenge of Global Change’ authored by M McElroy, a Harvard University scientist. Back then, McElroy brought together some relatively unfamiliar phrases such as greenhouse gases, the ozone hole, combustion gases from fossil fuels, rising ocean levels and ice sheet instability. He foresaw the need for an international body with unprecedented power and autonomy to raise tax and transfer resources to reduce the expected consequences of continued global warming.

Two months later, surrounded by World leaders, the (then) British Prime Minister Margaret Thatcher delivered a speech to the Royal Society in London. The Prime Minister referred to the hole in the ozone layer that had recently been discovered by the British Antarctic Survey. Having raised the perception of the problem, though, Mrs Thatcher then said: “We must ensure that what we do is founded on good science to establish cause and effect.” That is perhaps an understandable statement emanating from a science-trained speaker stressing the need for proof.

May stated: “However, it seems to me that the quest for proof as opposed to accepting the view of perception remains one of the fundamental differences in approach to the issue of climate change today.”

The UK recently legislated a net zero carbon emissions target to be achieved by 2050. That’s yet another 30 years in the future. Therefore, at least six decades will have passed since the perception of changes in the climate were registered by many scientists and Governments. The quest for proof continues and there are some notable politicians who continue to press for proof.

May continued: “This very slow progress in global recognition, commitment and action might once have been described as taking place at a ‘glacial pace’. However, with many of our planet’s glacier’s thawing, disintegrating and retreating, this may no longer be an appropriate phrase to use.”

*accelerating the transition towards a low carbon economy

*a step change in reporting, risk management and return

*that it’s time for every country to become involved

*the world needs much more investment in infrastructure

Infrastructure investment has always historically been seen as an important driver of economic growth. However, the production and use of concrete is considered to be the third largest producer of man-made CO2.

In many areas, asserts May, the response to climate change now appears to have shifted to acceptance of a real and urgent problem based on perception built upon physical observations such as increasing temperatures, increasing rain intensity, increasing hurricane strengths, the deterioration of glaciers, the shrinking of ice sheets, rising sea levels and longer periods of drought.

For some time, fossil fuels have been identified and targeted for their negative contribution to the environment.  Consumers, some businesses, arts organisations, investors as well as some insurers are increasingly withdrawing support for industries involved with fossil fuels. There’s an increasing tendency for a similar approach to be taken towards the aviation industry and the meat, dairy and agricultural industries.

Warren Buffett has heavily invested in the wind turbine industry in the USA. He has bluntly admitted that the investment was not a matter of “doing well by doing good”, but because the US Government was paying him to do so. May observed: “This suggests that the carrot of Government financial support can deliver transfer to renewable energy sources, as compared perhaps to the use of the ‘stick’ suggested by Mark Carney through proposed stress testing.”

The balance to be aimed for can perhaps best be seen in Carney’s statement: “Changes in climate policies, technologies and physical risks in the transition to a net zero world will prompt reassessments of the value of virtually every asset. The financial system will reward companies that adjust and punish those who don’t.”

Neither insurers nor risk managers will commit to research at the level and depth required to reach a clear consensus as to the problem and the short and medium term solutions needed to protect assets and businesses. The “international body” suggested by M McElroy in 1988 will not be established. The newly-formed IRM Climate Change SIG will be inundated with new member applications. Extinction Rebellion will decline an invitation to speak to the Climate Change SIG.

Further predictions from the IRM include the following:

*profit, pragmatism and other practicalities will dampen, deter and delay initiatives by organisations, industry sectors and Governments

*funding for ‘carrots’ will be inadequate

May concluded: “Organisations will not, unless obliged by corporate governance and audit changes, give main Board director role and responsibilities to a Chief Risk Officer. For its part, the Climate Change SIG of the IRM will become an influential thought leader, especially so in relation to the risks and opportunities posed as a direct result of the UK’s transition towards becoming a carbon neutral and climate-resilient country.”