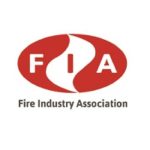 The survey, which can be completed online, includes questions on the upcoming fire, emergency and security Trailblazer apprenticeship, the Apprenticeship Levy and the role of apprentices in general. It should take just a couple of minutes to complete, with responses having to be submitted on or before Thursday 2 February at 5.00 pm.

The Trailblazer Employer Group (with the support of the FSA, the FIA, the BSIA and other key industry stakeholders) has developed a fire, emergency and security systems technicians apprenticeship which will be launched next month. This project is part of the Government’s Trailblazer initiative, which focuses on employer-designed apprenticeship standards to ensure apprentices’ training and assessment directly meets industry and business needs. Once launched, the new standard will replace the current industry apprenticeship framework.

Pat Allen, who leads the employers group running the Trailblazer apprenticeship, commented: “As a collective, the FIA, the FSA and the BSIA urge the entire fire, emergency and security industry to complete our joint skills survey, which aims to take a snapshot of where the sector is right now. With the Trailblazer apprenticeship set to formally launch very shortly it’s certainly an exciting time for our sector, with employers set to hire a new generation of engineers and installers of the future.”

The survey has gone live in the lead-up to the full launch of the fire, security and emergency systems Trailblazer apprenticeship, an event being run in collaboration by the employers group involving the FSA, the FIA and the BSIA.

The FSA, the ECA, the FIA and the BSIA

The FSA is a Trade Association dedicated to companies who design, install, commission, maintain and monitor electronic fire, emergency and security systems. As a specialist group of the Electrical Contractors’ Association (ECA) and working in partnership with SELECT, the Scottish electrotechnical Trade Association, the FSA is uniquely positioned to improve industry standards and both enhance and develop members’ businesses.

For its part, the ECA is the UK’s largest Trade Association representing electrical, electrotechnical and other engineering contractors at the regional, national and European levels. ECA member companies are rigorously assessed before membership is approved.

The British Security Industry Association is the Trade Association covering all aspects of the professional security industry in the UK. Its constituent member organisations provide over 70% of the UK’s security products and services and rigidly adhere to strict quality standards at all times.