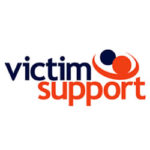 The lack of a widely recognised definition of a ‘victim’ of terrorism is putting at risk survivors receiving the emotional and practical help they need after being caught up in an attack. This is according to new research conducted by Victim Support.

While families bereaved by terrorism have automatic access to high quality care through the Government-funded Homicide Service – which is delivered by Victim Support – British citizens who survive an attack abroad and suffer either psychological or less serious physical injuries are often falling through gaps in the system. Many are left struggling and only receive help after referring themselves.

The new Victim Support report entitled ‘Meeting the Needs of Survivors and Families Bereaved through Terrorism’ also finds that survivors can struggle to know where to turn for information and support in the days and weeks following a terrorist incident.

A survivor of the Paris attacks, the first anniversary of which falls on Sunday 13 November, told Victim Support: “They class me as a ‘witness’ to the murder of one individual (a British citizen), but I’m not just a witness – I’m also a victim. Extremists tried to kill me and I’m still struggling with the impact of it on my own life. Victims shouldn’t be fighting for support and recognition. We need to focus on our recovery and absolutely deserve to be supported.”

A survey of Victim Support caseworkers who have supported (or continue to support) people directly affected by terrorism, as well as interviews and questionnaires with survivors and bereaved families, reveals the significant emotional and psychological effects of terrorism and the shortfalls in provision of care. 93.5% of survivors suffered effects including difficulties in sleeping, intense distress when reminded of the incident, anger, flashbacks and anxiety. 78.8% required emotional and psychological support, including from specialist services, but the waiting times for counselling or therapy services on the NHS can feel too long, and deter some from accessing that support.

Shortcomings of the present system

While post-traumatic stress disorder (PTSD) is relatively common among those who have experienced a traumatic event, treatment isn’t offered by all NHS Mental Health Trusts in England.

Other apparent shortcomings of the current system include financial hardships exacerbated by challenges in claiming compensation from the Criminal Injuries Compensation Authority (CICA) and a lack of assistance in dealing with excessive media attention.

A survivor of the attack in Sousse, Tunisia on 26 June 2015 explained: “I was injured and, as a result, hospitalised. There’s still a long recovery period ahead of me. My life has changed beyond recognition… I don’t know when I will be able to come back to work… I still don’t socialise as I used to… being able to go to the cinema with a friend, or walk in the park, or sit in a restaurant. It’s really difficult and a lot to take in.”

In the report, Victim Support makes a series of recommendations based on the findings of its research with caseworkers, survivors and bereaved families. These also draw on the experiences of individuals and organisations that have a role in providing services to survivors and international examples of what Victim Support believes to be good practices. The recommendations include:

*Those who are ordinarily classified as direct witnesses should be considered and treated as survivors by all agencies, enabling them to access suitable support services
*A pathway of support should be mapped out and agreed by all agencies involved in assisting survivors and a Working Group convened immediately to co-design this pathway
*A seamless referral mechanism to victim services should be established for survivors who have been physically and/or psychologically injured by an act of terrorism abroad
*Survivors, their families and those bereaved by terrorism should have access to a single online information and support portal, while the Government should put plans in place to enable such a portal to be set up and accessible in the immediate days after an attack and for as long as those affected require it
*NHS England should ensure that those who have been directly affected by an act of terrorism are not adversely affected by long waiting times to receive psychological therapies. They should also ensure consistent and equal access to the treatment of PTSD
*A Task Force, led by the Ministry of Justice, should be convened to look at the length of time it takes for the CICA to make a final award to the victims of terrorism
*Foreign and Commonwealth Office staff should, as part of consular assistance, advocate on behalf of UK casualties with hospital management to make sure their wishes are known regarding media access at the earliest opportunity. These wishes should also be passed on to victim services in the UK

Cathy Owen, national homicide services manager for Victim Support, explained to Risk UK: “Sadly, the frequency of international terrorist attacks continues to rise. We know from supporting survivors and the bereaved just how devastating and long-lasting the psychological, physical, social and financial effects can be.”

Owen added: “While there are positive aspects to the current system, such as the support provided by Humanitarian and Survivor Assistance Centres, improvements clearly need to be made. We hope this report will encourage all the agencies involved to work together on ensuring that everyone caught up in such harrowing events receives the support and assistance they deserve.”