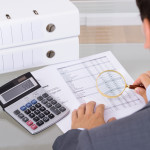 The UK is making progress when it comes to tackling fraud and corruption but regulators, Boards and enforcement agencies are still struggling to translate policies into improvements in ethical behaviour. These are the key findings of EY’s 2015 Europe, Middle East, India and Africa (EMEIA) Fraud Survey.

The bi-annual survey polled 3,800 employees of large businesses in 38 countries, including 100 in the UK. The findings reveal that 46% of UK respondents believe the level of regulation in their sector has increased in the past two years. However, only 15% said it was having a positive impact on improving ethical standards in their company.

28% of respondents in the UK also rated their own company’s ethical standards as ‘very good’, narrowly ahead of the EMEIA average of 26%.

John Smart, partner and head of EY’s Fraud Investigations and Disputes team, commented: “While progress has been made in the UK on tackling overall fraud and corruption, high profile scandals such as LIBOR have thrust corporate ethics into the spotlight and highlight the need to ensure that the right behaviours and values are being fostered at every level of an organisation, from the Boardroom through to the office.”

Smart added: “Inevitably, regulators and enforcement bodies have a huge role to play in helping organisations uphold integrity and ethics. However, policies are just one lever among many for managing fraud, bribery and corruption risks. Changing culture and behaviour is a difficult and long-term process.”

Disconnect between Boardroom policies and impact on the ground

The survey shows that the majority of companies have been successful in implementing policies, rules and procedures to meet fraud and bribery challenges. These include training for staff, whistleblowing hotlines and the introduction of Codes of Conduct. However, the survey also shows there’s still room for improvement.

60% of those surveyed in the UK said their company has an anti-bribery or anti-corruption policy and Code of Conduct, but only 25% stated they’d seen their company take action against employees for breaching them.

The biggest contrast between corporate policy and perceived reality on the ground lies with whistleblowing. 79% of UK respondents said their company had a whistleblowing hotline, but just 28% (which is below the EMEIA average of 32%) said management always follow up on whistleblower reports.

Smart continued: “It appears that UK employees have heard it all before on anti-bribery and anti-corruption issues and are lacking faith in senior management to ‘clean up’ situations that arise. The whistleblowing statistics are particularly alarming as employees are at their most vulnerable when they choose to uncover misdemeanours within their ranks. Failing to follow up on whistleblowing allegations can seriously erode trust in an organisation’s ability to tackle fraud and corruption issues.”

While there are differences between companies’ policies and reality on the ground, the national picture shows that the UK is performing well on anti-fraud measures and practices.

27% of UK respondents surveyed believe bribery and corrupt practice is widespread in their own country, but this statistic is down from 37% in 2013 and compares to an average of 51% across EMEIA.

Regulation is also having a positive impact in some areas. Only 5% of UK respondents in this year’s survey said that offering personal gifts would be justified to help their business survive. That figure is down from 19% in EY’s survey of 2013.

In conclusion, Smart told Risk UK: “The UK appears to be ahead of other European states in its approach to confronting fraud and corruption. It’s therefore important not to lose sight of the positive effect that legislation such as the 2010 Bribery Act is having in terms of driving out explicit acts of bribery and other illicit practices.”

In order to meet the corporate ethics challenge, Smart explained that Boards of Directors will need to supplement their anti-fraud, bribery and corruption polices with consistent messaging from the top, together with the right enforcement, rewards for whistleblowers and the highlighting of role models.

Where is the commercial opportunity for drones?