International travel is commonplace in the world of business and tourism. Whether it be the desire to visit new commercial markets, current global operations or new locations, most of us will be bitten by the travel bug at some point in our lives. Unfortunately, many travellers – regardless of motive and financial or scheduling considerations – will acquiesce to a fear that prevents them from reaching their destination. Here, Matthew Porcelli focuses on the security measures that need to be put in place (and always borne in mind) to quell that fear.

Global and homeland threats to one’s safety and security have been an evolving conundrum since the first recorded act of terrorism occurred. This was perpetrated by The Sicarii, a Jewish terrorist organisation founded in the First Century with the goal of overthrowing Roman rule in the Middle East. The old adage “One man’s terrorist is another man’s freedom fighter” is often used as a jaded scapegoat to try and justify terrorist acts and the inevitable casualties that follow. Furthermore, criminal acts against travellers run parallel with terrorist intentions.

Regardless of motive or justification, victims – whether collateral damage or not – are either chosen or simply in the wrong place at the wrong time. People will travel or seek to journey to new locations. There’s no stopping this activity. Businessmen/women and tourists will continue to journey as long as there are means to venture to their chosen destination. Much like an unwanted appendage, though, threats to the traveller(s) will be following vigilantly.

Focusing on the C-Suite/business traveller 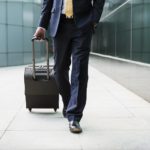 Global businesses are the catalyst for travel and the very lifeblood of economics, but the upper management of Fortune Global 500 companies often overlook their most prized asset: their employees.

Anyone can converse via Skype or a webcam. However, a face-to-face meeting orchestrated from the ‘mothership’, whether with branch offices or manufacturing bases, not only boosts work morale, but also helps in securing new business. When a company’s Board of Directors, the CEO, the CFO or the project leader needs to travel thousands of miles to another continent, the mindset usually focuses more on the cost of that occurrence and the perceived return on investment. Although the latter is pragmatic in business acumen, the safety and security of the traveller (ie the employee) needs to be carefully factored into the budget.

Chief Security Officers (CSOs), proprietary/contract security forces and Security Operations Centres function together to monitor the “asset” (ie the business traveller) prior to and during travel and then upon that member of staff’s return home. Many organisations have the luxury of retaining all three force multipliers. However, some choose to operate on a skeleton crew mentality and adopt an ‘aftermath business continuity’ frame of mind.

Realistically, money cannot be spent frivolously or outside of a company budget. However, the organisation’s Security Department must have a seat at the corporate table with those whom they are protecting. The objective here is the integration of security procedure within the C-Suite mentality and the capacity to offer peace of mind.

Once it has been decided that a business trip will commence and the dates and accommodation details have been finalised, the security consultant(s) or CSO must then begin to initiate travel security Best Practice procedures. There are instances where security professionals need to be consulted prior to the choice of the destination. That said, if a base of operations is already established in a certain country, advance team security practices would have started or otherwise have been planned prior to the construction of the facility. Moreover, documented security procedure will also be in place.

The trick here is not to reinvent the wheel, but rather to polish it. 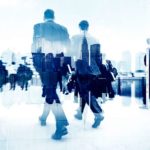 What makes the C-Suite traveller so different from the lone tourist or a tourist group is that the latter doesn’t always have the financial means to travel on the safest routes or stay in the safest locations. Tourists often act as their own security co-ordinators and make do with those resources made available to them at the best price.

One may see a similarity of travel security Best Practice within private tourism. However, it’s important to be a realist: an individual is only as safe as he or she allows. Nine times out of ten, the tourist is distracted and mentally separated from his or her surroundings.

Travellers don’t have to dress in a tailored suit or wear expensive clothing to be a target. Criminal acts, extortion, kidnappings and terrorism are not always predicated on the materialism of a target or victim, but rather the financial gain or message the act itself creates.

Bearing all of the aforementioned in mind, what then are the basic security practices deemed to be essential for business travellers and tourists alike?

Research the stability of the destination’s political and economic climate Prior to departure, the security or travel co-ordinator should research elements such as criminal activity, political instability and recent events in a given location that may cause harm to the traveller(s) involved.

Establish contact with the local Embassy Be sure that the travellers know where the local Embassy is and how to contact a representative in case of an emergency. For example, the British Government runs a programme known as ‘Foreign Travel Advice’ whereby the co-ordinator and travellers can check summary alerts on particular countries. Furthermore, real-time events are uploaded to databases in an e-mail alert and are usually free to access.

Accommodation and activity planning Do not plan hotel accommodation on the outskirts of the location being visited. For example, Venezuela and Colombia have high rates of kidnappings in secluded regions where mission workers operate. Stay in highly populated areas that make the detection of criminal activity more noticeable. Business travellers should not venture out alone or go to meetings by themselves. Instead, they should be accompanied by fellow travellers or the company employee counterpart who’s accustomed to the local culture.

Tourists, and especially those in the younger realm, often prefer to stay in a hostel due to their lower price and casual atmosphere and the guest’s more adventurous intentions. Many hostels offer decent accommodation in safe areas. If you are going to stay in a hostel, spend the extra money on staying with those whom you know. Try to avoid group accommodation with strangers just because it’s costed at a lower tariff.

During transit (ie from the airport, en route to the hotel and to and from business activities) do not advertise your presence or put out ‘markers’ to make yourself more vulnerable to attack Business travellers have a tendency to keep a business card in the outer window of their luggage. This practice should be prohibited as it provides an aggressor with the contact information they need to potentially lure the business traveller into a precarious position. Moreover, the business traveller(s) should have a mandatory briefing in basic security and safety procedures from the nominated security co-ordinator prior to departure.

Many tourists do an excellent job of advertising the fact that they’re new to an area and lack the knowledge to be self-reliant. Be prepared and travel smart. Dress and act like in accordance with the local custom in which you have immersed yourself. A camera or phone proudly displayed around one’s neck, coupled with loud and vulnerable gestures, will only serve to draw potential aggressors closer to you. 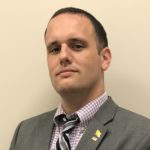 Do not volunteer too much information or broadcast your presence By their very nature, people can be both verbose and loquacious. There’s a difference between being too friendly and leaking sensitive information. The business traveller needs to be cognisant of who’s aware of the group or the individual’s travel plans.

Brussels is one of the friendliest cities in the world. Local restaurants and tourist gathering locations don’t believe in table separation and encourage visitors and travellers to sit shoulder to shoulder so as to establish friendships. There’s nothing wrong with sich politeness, of course. However, be sure that your belongings are in sight and, if you are at a restaurant or a gathering, know where the exits are and how to vacate the premises in an emergency.

Be aware of your surroundings Remember that aggressors conduct surveillance of their intended target. The bigger the prize (ie a ransom or stolen goods), the more time an aggressor will study and obsess over their intended target. Trust to your instincts and report anything suspicious to the local authorities and your security co-ordinator. Travellers are most vulnerable in transit. That being so, wait until you’re in a secure location and in the company of trusted advisors or co-workers before you immerse yourself in business and personal activities.

Refrain from becoming a walking bank Do not carry large sums of money on your person. Safes are to be found in almost every high end hotel. Use the room safe and only take with you what will sustain you financially for the day. The same principle goes for passports. Be sure to keep a copy with the security co-ordinator/travel co-ordinator, at home with family members and on your person. Resist the need to carry the original copy of your passport with you in the field. Secure sensitive documents and currency in the hotel safe or with the hotel front desk.

*Matthew Porcelli has worked in the private security field since 2009. He earned his Master’s degree in Administration of Justice and Security in 2014 and his Certified Protection Professional designation through ASIS International in 2016. A member of ASIS International since 2011, Porcelli currently sits on four Security Councils involved with comprehensive and diverse security disciplines. He’s the global outreach lead within the ASIS Young Professionals Council where he oversees ASIS Young Professionals globally and seven Global Outreach Region Young Professional Co-ordinators on each continent who assist in the global outreach initiative for today’s young security professionals

The Relentless March of the Cybermen