Sometimes, the job can become too much. For front line security personnel, the things they see and experience may at times be overwhelming, and especially so when they’re exposed to trauma repeatedly or for an extended time period. How best, then, to deal with stress in the workplace? Patrick Rea centres on the development of resilient characteristics and what help is available to assist individuals in recovering from traumatic experiences.

We’re now beginning to understand more and more from scientific research about how human beings are affected by stress and what all of us can do to protect ourselves and members of our teams from its worst effects, while at the same time determining to help people recover when their mental health has been adversely affected.

Of course, stress and strain is all part of the rich tapestry of life. Growing as a mature person, and becoming a capable professional in the security business sector, is all about experiencing and learning from the tough situations that can arise. It’s about developing ways in which to assimilate the experience and cope with it, perhaps through humour, meditation or some form of religious practice.

When either yourself or individuals within your operational team are stretched and tested beyond the normal limits, what can you do about it? In short, we can all learn from the mindset of resilient people who’ve been trained to deal with extreme stress.

In ‘Barking Up The Wrong Tree’, Eric Barker describes the strategies used in the military, by mountain climbers and others coming to terms with life-threatening situations. First, you need to acknowledge that you have a problem, that you’ve been affected by an event and that you’re struggling to deal with your thoughts and feelings.

People who are able to deal with the effects of extreme events seem to have one thing in common: an ability to move through what are called the ‘stages of grief’ faster than others who are less able to cope. Writing in ‘Deep Survival: Who Lives, Who Dies and Why?’, Laurence Gonzales writes: “They recognise, acknowledge and even accept the reality of their situation. They move through denial, anger, bargaining, depression and acceptance very rapidly.”

If you live in denial of what has happened and how you’ve been affected by an event then it takes longer to come to terms with it. If you ever do, that is. If you feel you’re unable to move on and that you’re stuck then you need a strategy, whether it be to manage your emotions or seek help.

Resilient individuals acknowledge difficult situations, keep calm and evaluate the situation rationally such that they can make a plan and act. However, that may be easier said than done when you’re ‘stuck’ in the stages of grief.

There are many well-researched ways in which to deal with the effects of stress and trauma. One of these methods is mindfulness training. Many people use it to deal with the negative thoughts that underlie the problem. The goal is to turn down the constant word-based, left-brain chatter that often plagues people suffering from trauma since they have a tendency to re-run and relive the events that were the source of the problem, complete with full emotional ‘fight or flight’ arousal. This can be triggered at any time by an event such as an argument, a TV news item featuring violence or perhaps a firework or some other loud, unexpected noise. This negative brain talk also disturbs sleep and causes nightmares.

Mindfulness training includes exercises designed to manage our thoughts initially just for a period of just a few minutes, and then for progressively longer periods. It teaches you that you are not your thoughts.

Joseph Goldstein in ‘Mindfulness: A Practical Guide to Awakening’ explains: “Anybody who’s paid any attention to their minds will know that, throughout the day, there’s a run of thoughts going through our heads. Usually, we’re quite caught up in them and identified with them. We take them to be who we are. Without mindfulness, we’re lost in the dream of our thoughts in these mind-created worlds and we’re not even aware that that’s what’s happening. We’re so enmeshed in them.”

Mindfulness training teaches us to ‘re-frame’ our thoughts so that we recognise those thoughts are not us. One exercise is to label a feeling as it arises – to give it a name, such as “I am feeling angry”. This dampens the emotions. We can then decide to evaluate each thought rather than just reacting to it: asking ourselves “is this useful?” 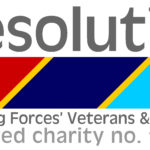 If you saw that a friend or a family member was affected by a traumatic event you would no doubt talk with them compassionately and with understanding. Often, though, we fail to exercise the same consideration for ourselves. We can be judgemental and critical of our apparent inadequacies and shortcomings. This can be for a whole range of reasons such as survivors’ guilt or maybe anger at our own inability to ‘move on’.

We can be angry about our anger. This creates a downward spiral that’s hard to shake unless we step mentally aside, letting go of the negative thoughts to acknowledge: ‘Hang on… Who said I was supposed to be perfect? Something happened, I need to get over it or seek professional help in getting over it.’

PTSD Resolution provides therapeutic support for UK Armed Forces’ veterans mental health. The charity sees many who’ve been ‘stuck’ at the same stage of grief for years, sometimes decades, and having to cope with anger or depression, for example. However much a sufferer might try to suppress these symptoms, they have an unfortunate habit of coming out – whether in the form of nightmares, bouts of irrational anger or addiction to alcohol or drugs being used to try to suppress the symptoms.

The role of therapy – and of PTSD Resolution’s ‘Human Givens’ therapy in particular – is to help people reach a state of acceptance as soon as possible through the compassionate guidance of an experienced therapist. By ‘acceptance’ we mean that, while the memory of the event is still there, it’s no longer linked to the original high arousal ‘fight or flight’ response which otherwise keeps repeating itself if triggered by everyday events.

Over time and with guidance, and usually within an average of five sessions, the individual learns to dissociate the memory of the original experience from the troublesome emotional response. They don’t need to talk about the event during therapy. In fact, it may be better not to do so as talking can further ‘imprint’ the memory. It’s more negative self-talk. In summary, the therapy trains individuals to relax and resolve the thoughts and feelings that are responsible for the problems associated with post-traumatic stress. It’s a compassionate, effective and rapid way in which to deal with the effects of trauma.

Would your line managers or Human Resources personnel recognise the symptoms of trauma displayed by members of your operational teams? Would they know what to do? Probably not. Unfortunately, the symptoms may be mistaken for a ‘bad attitude’ or a temporary blip in performance.

There’s a Duty of Care that all organisations have to their staff. If someone’s behaviour has changed adversely following a security incident, you need to be aware of what to look out for, be cognisant of the questions to ask and know how to signpost help.

To meet the needs of security managers, PTSD Resolution has set up Trauma Awareness Training for Employers (TATE). It’s a half-day modular course and can be delivered at the host organisations’ premises. 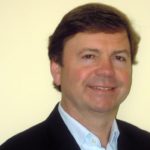 Last, but by no means least, these are the key points to be noted in dealing with trauma, for both yourself and the security team members whom you manage:

*Look out for possible symptoms, such as nightmares, rage or a reliance on drugs or alcohol to ‘self-medicate’

*There are strategies that you can use daily to manage your emotions, with mindfulness being among them. Try some self-compassion, too. Nobody’s perfect, not even you

*If the symptoms persist, seek professional help. There is help available. People can and do recover from PTSD: Post-Traumatic Stress Disorder.

*PTSD Resolution is the charity that exists to support the mental health and well-being of UK Armed Forces veterans. The service is free for veterans, reservists and their families and for ASIS members and their families. For more information access www.ptsdresolution.org

**Access PTSD: The Definitive Guide produced by Working The Doors: The Home of Front Line Security