In Support of the Armed Forces 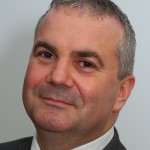 The security sector must be seen to play an active role in supporting the UK’s Armed Forces and the brave personnel who diligently serve the nation. One way in which this backing can manifest itself is the Corporate Covenant. David Ward explains the detail.

Like any other business sector, the security industry has its fair share of responsibilities. The first of those responsibilities will always be to itself. Put simply, the security business sector needs to ensure that it has a strong and constantly improving reputation and that it’s healthy enough to grow and continue to employ the many thousands of people for whom it duly provides a highly rewarding career.

Those people deserve the respect of their employers, and it’s very much the industry’s responsibility to do what it can to provide support, training, career development and genuine encouragement such that they can better themselves.

Naturally, that last point will feed back into the first priority as a well-motivated and engaged workforce will naturally deliver a better service for the end user customer.

Speaking of whom… The security industry also has a responsibility to those customers. Without them there would be no industry. Our customers rightly expect a good and effective security service. Only a strong industry with well-motivated staff can deliver on that desire.

Last but by no means least, the security industry has a responsibility to the wider community. This will encompass everything from the natural environment we all share through to the communities within which we work, the other organisations with whom we do business and even those who do not yet have a place within our industry but may well be considering security as a career option.

Stepping up to the plate

The Armed Forces have a special place within our national consciousness and, it should be said, with very good reason.

We must never forget that a career in the military can often be a short one as, by definition, it’s a very demanding ‘young man’s game’. That being the case, our collective respect for those who boldly step up to the plate to serve their country should extend well beyond the day they leave their uniform behind and enter ‘Civvy Street’.

Ex-servicemen and women are a natural fit for the security industry. They will have all the transferable attributes necessary to make them excellent members of the security team, including organisational skills, discipline, the ability to remain calm under pressure, a situational sense of how to defend against vulnerabilities and, of course, the capability to liaise with the military on those projects involving commercial security companies working in partnership with the Armed Forces.

These skills and attributes will already be well respected by the countless security solutions providers that have benefited from employing ex-Armed Forces personnel, many of whom have carved successful careers in security by adding true value to the companies for whom they work.

In turn, this feeds right back into our own initial responsibilities. The skills of the ex-military personnel we employ help to strengthen our offer, not to mention bolster our organisations.

However, as an industry we need to be more visibly supportive of the military and of those leaving national service. We should not simply view the Armed Forces as a feeder channel for staff.

For their part, ex-Armed Forces personnel shouldn’t be thinking of the security industry as a last option. We should be proactive in letting services personnel know we operate an industry that truly values them and is waiting for them the moment they do step out of uniform.

One way in which the security industry can do this is by pledging support for our national defence regime and taking a positive stance towards existing or prospective employees who are members of the Armed Forces community. That can be done through the Corporate Covenant scheme organised by the Ministry of Defence (MoD).

The pledge document includes a ‘menu’ of options covering employment support for veterans, reservists, service spouses and partners, as well as backing for cadet units, Armed Forces Days and, where applicable, discounts for members of the Armed Forces community.

For many commercial and public sector organisations, signing a Corporate Covenant can simply be a way of publicly showing support for the Armed Forces. The MoD itself stresses the PR value of such at a time when ‘87% of the general public are favourable’ towards the UK’s Armed Forces.

Strengthen the skills of employees

That said, within our industry a Corporate Covenant means so much more. It’s a sign to military personnel that says we are more than merely cheerleaders and supporters. Rather, we represent a tangible future for those who have left national service or may be considering their options for the moment when they do.

It also means supporting employees who choose to be members of the reserve forces, including by accommodating their training needs and deployment options wherever possible. Many individuals who work in security will already wish to take on such duties and they should be supported in their efforts. Far from being an inconvenience, this can help to strengthen their skills for when they return to the workplace.

Interestingly, research conducted by SaBRE and endorsed by the Chartered Management Institute has found that the average reservist’s military service is equivalent to around £8,000 worth of commercial civilian training.

At Ward Security, we’re extremely proud to have submitted our Corporate Covenant. We’re now listed on the MoD’s Corporate Covenant website such that existing and ex-military personnel know we can be approached and are supportive of them.

I would strongly recommend other security companies consider doing the same.