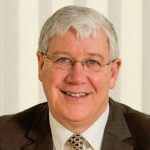 Whether it’s to enhance the protection of residents in care facilities, address shortcomings in other fire protection measures or simply as a business resilience measure, the wider use of sprinklers is due in many ways to their life-long cost-effectiveness when compared to other fire protection measures. As Iain Cox observes, advances in sprinkler technology have helped to minimise disruption, reduce installation time and provide greater design freedoms as well as cost savings for developers.

From residential facilities through to businesses, it’s imperative that stakeholders look at their property portfolios and review how well they’re protected. Designers, owners and users of student accommodation, hotels, healthcare and commercial and industrial buildings all need to recognise the value of fire protection, with sprinkler systems reducing the risk to life and significantly reducing the degree of damage caused by fire and, in these cases, the costs of business interruption.

Evidence shows that, while sprinklers are primarily intended to contain or control fires, they can also be instrumental in saving lives. There are no cases on record of multiple fire deaths occurring in buildings with appropriately designed and properly installed and maintained sprinkler systems.

Despite one of the enduring myths about sprinklers being costly and tricky to fit into buildings after their initial construction, a number of local authorities are actively retrofitting sprinklers to some of their housing stock.

Following the Lakanal House fire in 2009, a pilot project was undertaken at Callow Mount, a 13-storey 1960s tower block in Sheffield. It took only four weeks to successfully install sprinklers within 47 flats. This was completed with little or no disruption to the residents who remained in their homes throughout the installation programme.

The sprinkler installation was carried out at a cost of £1,150 per flat. The cost of annual maintenance will be £250 per year if a contract for the whole block is entered into and if access can be guaranteed at the same time. The combined cost of installation and maintenance provides an annualised cost per flat of £40 over a 30-year timeframe.

As a result of the outcome of the Callow Mount project, a number of housing authorities and associations have installed sprinklers in an increasing number of high- and low-rise social housing schemes.

Retrofitting should not be restricted to high-rise and low-rise social housing. Two devastating fires in 2019 at a Premier Inn near Bristol and at the Beechmere Care Home in Crewe have brought into sharp focus the vulnerability of unsprinklered buildings.

The fire at the Premier Inn, Cribbs Causeway on the afternoon of 17 July spread across all four floors of the building. Thankfully, all hotel guests and residents were evacuated safely, but the unsprinklered building was completely destroyed. In addition to the loss of business and the disruption across the local community, the fire caused the evacuation of nearby residents and road closures.

At the Beechmere Care Home three weeks later, 16 fire engines and more than 70  firefighters attended a blaze which started in the roof, but completely destroyed the timber-framed complex. The building contained no sprinklers, and if the incident commander had not overruled the ‘Stay Put’ policy and ordered a full and immediate evacuation of the 150 residents, the outcome of this fire would have had very different and tragic consequences.

Technically, the building should have had compartmentation, but clearly it didn’t. According to Lee Shears, head of protection at the Cheshire Fire & Rescue Service, the decision to evacuate saved lives. He said: “It’s clear that the fire wasn’t behaving in the way that we would expect, and I must praise the swift and decisive action taken in terms of ordering the immediate evacuation of residents.”

This fire also raises the question of why elderly people, many of whom need assistance, were housed in an unsprinklered, timber-framed building.

Fires such as these once again highlight the rationale for greater consideration of property protection alongside life safety as a reasonable requirement. Such an expectation would result in more buildings being designed to be resilient to disproportionate damage, using combinations of passive and active fire safety measures.

The Business Sprinkler Alliance believes that sprinkler systems would be a major part of this change and that they should be considered more readily as a viable option right across the built environment, whether it’s a block of flats, a hospital, school, care home, retail or leisure facility or commercial and industrial building.

One of the most efficient and effective ways in which to reduce the impact of fire is through measures which ensure that, when fires start, they’re quickly extinguished so that damage is minimal. Fire sprinkler systems do just this. They make buildings and businesses resilient to the impact of fire because they automatically control or even put out the fire before the Fire and Rescue Service arrives, with the result that the business can be up-and-running again usually within hours of the incident.

It should always be appreciated that UK fire safety laws set the minimum guidance around fire protection for the safety of individuals in and around buildings. By simply complying with fire safety legislation, a building owner might not be adequately protecting either the building or their future business activity.

Having sprinklers fitted protects businesses in the long run, safeguarding them against potentially disastrous losses which presently amount to £3.4 million each day across the UK. By preventing large fires, they also protect the environment by avoiding CO2 emissions, excess Fire and Rescue Service water use and water supply contamination and by preventing buildings from being destroyed by fire.

Proven time and again thanks to consistent reliability, sprinkler systems control or extinguish fires in 99% of cases1 and are a small price to pay to ensure that people and property are protected.

Iain Cox is Chairman of the Business Sprinkler Alliance

1Efficiency and Effectiveness of Sprinkler Systems in the United Kingdom: An Analysis from Fire Service Data (May 2017)