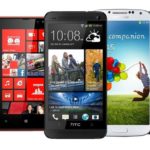 Inmates running criminal operations from behind bars will be targeted by the Government thanks to new powers to cut off mobile phones being used illegally in prisons.

Nearly 15,000 mobile phones and SIM cards were recovered in jails last year, with recent high profile cases linking behind-bars criminality to episodes of drug dealing and the smuggling of guns into the UK.

Now, police and prison officers alike will have new powers to cut off the illegally-held mobiles used by inmates in a bid to continue their criminal activities after they’ve been locked up.

The new measures, introduced through the Serious Crime Act 2015, mean that prison governors will no longer have to physically find illegally-held mobiles in jails or use expensive mobile phone blocking technology to stop their use.

Prison staff or the police will instead be able to cut off the phones remotely by dint of producing evidence that a given mobile phone number is being used illicitly.

Once a number is identified, they will then be able to apply to the courts for a Telecommunications Restriction Order (TRO). This will mean mobile networks can be instructed to blacklist the phone on a remote basis, in turn rendering it completely unusable.

Recent examples of criminals using phones in prison include an offender using a concealed mobile to plot his escape after being jailed for gun crimes. The attempt was foiled by police and the prisoner was sentenced to an additional five-and-a-half years in jail.

Security minister Ben Wallace commented: “Criminals are locked up to protect communities from their actions. It’s totally unacceptable for them to continue their life of crime from behind bars. Telecommunications Restriction Orders will afford us the power to disconnect the phones prisoners use to continue orchestrating serious crimes while they’re in jail. This Government will act wherever and whenever necessary to cut crime and keep our communities safe, as well as restore the public trust that’s so vital to the success of our justice system.”

Prisons in England and Wales already use a number of covert techniques to identify which devices are being used within an institution. This information will then be supplied to police and law enforcement agencies such that an application for a TRO can be made.

Justice Secretary Elizabeth Truss explained: “We’re determined to do all we can to prevent prisoners from having access to mobile phones. We are stepping up measures to find and block them and empowering prison officers to take action. We want to make sure our prisons are safe and places of rehabilitation.”

The TROs will support the Government’s commitment to drive down crime committed by criminals working ‘on the inside’ and provide a speedier response to what has become an increasing threat within jails. In comparison to other techniques, including mobile phone blocking technology, TROs can be implemented without the need for physically obtaining a handset before any action can be taken.

The new powers will operate within the Serious Crime Act 2015 and provide mobile network operators with the legal framework to ensure unauthorised mobile phones are put beyond the reach of criminals.

They’ll be overseen by the Investigatory Powers Commissioner who will duly examine the effectiveness of TROs by looking at a variety of indicators, including the number issued and the number of phones disconnected.