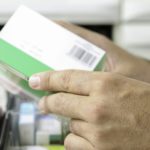 Growth in anti-counterfeiting devices appears strong, states the IHMA, in the face of increasing incidences of global counterfeiting and higher levels of technology awareness among regulatory authorities.

The Trade Association wants those with anti-counterfeiting responsibilities to remain ‘extremely vigilant’, review (on a regular basis) their authentication strategies and, if necessary, upgrade them.

There remains a strong case for continuing to target markets in Asia, and particularly China, which is the main source of counterfeit products. A report published by the World Customs Organisation has confirmed that China contributes 70% of the total number of counterfeit goods seized worldwide.

Augmenting demand for advanced technologies, which can include combining holography with other devices, is expected to boost sector growth in the next few years, suggests the IHMA.

According to the World Health Organisation, the cost to the global economy of pharmaceutical counterfeiting was approximately $75 billion in 2010 and continues to rise.

The counterfeiting business is far more lucrative and less risky than illicit drug activities, with criminals less likely to be prosecuted than those engaged in trafficking, comments the IHMA, which wants to see constant pressure applied by all involved to stem the tidal wave of fake products flooding global markets.

Security devices on pharmaceutical packaging can ensure quality and check the distribution and smuggling of illicit products, while items not displaying security holograms may be seized and destroyed.

IHMA chair Manoj Kochar has welcomed the new report, but added that people cannot afford to rest on their laurels when it comes to the war on counterfeiting.

“All those involved in the supply chain – manufacturers, distributors, consumers and tax authorities – will welcome this new report, which indicates significant commercial opportunities for authentication technologies such as holograms,” said Kochar, “but everyone from producers through to end users needs to be constantly reminded of the benefits provided by the presence of holograms on products.”

Even those that carry a ‘fake’ authentication feature can be distinguished from the genuine item if that item carries a carefully thought-out authentication solution.