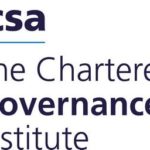 Clarifying the reason behind the name change, president John Heaton explained: “The Institute of Chartered Secretaries and Administrators (ICSA), as The Chartered Governance Institute was formerly known, changed its name by grant of a Supplemental Charter on 16 September. As members made clear to us during the extensive consultation process before they voted for the change at the Institute’s Annual General Meeting in September last year, the change of name reinforces the point that we are the only professional membership body able to award Chartered status to company secretaries and other professionals working in the field of governance.”

Heaton continued: “The Institute has always moved with the times to reflect the work that it does, which is precisely why it has undergone several name changes during its history. Having started life in 1891 as the Institute of Secretaries of Joint Stock Companies and Other Public Bodies, the Institute became the Institute of Chartered Secretaries and Administrators in 1971. Subsequently, the role expanded beyond the corporate world as there became a need for governance professionals to provide advice and support to other sectors of the economy. Hence the reason we adopted the name of ICSA: The Governance Institute.”

In conclusion, Heaton told Risk Xtra: “Now is the next stage in our 128 years’ history of educating and supporting governance professionals to become Chartered secretaries and chartered governance professionals. Demand for good governance is increasing across all sectors of the economy and our Royal Charter purpose of leading on the ‘effective and efficient governance and administration of commerce, industry and public affairs’ continues to be as relevant today as it ever was.”