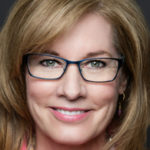 Elizabeth Denham has published her first Annual Report as the United Kingdom’s Information Commissioner. Denham took office in July last year* as the Information Commissioner’s Office (ICO) was starting to gear up for significant changes provided by the European Union data protection reform package, including the new General Data Protection Regulation which replaces the current Data Protection Act in May next year.

“My office is preparing for the future in data protection with new processes, a comprehensive change programme and an education and guidance programme for stakeholders and the public,” said Denham. “As the laws we regulate change, there’s an opportunity for us to improve the trust that the public feel in those who process their personal data or who make information available to the public. We’ve launched our Information Rights Strategic Plan that places this trust at the heart of what the Information Commissioner’s Office will do in the next four years.”

The 80-page report includes the ICO’s Annual Operational Performance Statistics which were published separately earlier this year and which reflected the organisation’s consistently improving work designed to regulate information rights here in the UK.

There has also been internal change at the ICO with the creation of a new senior leadership team and a new departmental structure put in place to best address future information rights challenges and opportunities, both in the UK and overseas.

Denham added: “Personal data and how it’s handled is central to trade and growth, while data knows no borders. The digital economy is very important to the UK. Studies show that this economy is growing 30% faster than the rest of the economy. Continued growth and citizen confidence in the digital economy needs an information rights regulator that’s helpful, authoritative, ‘tech savvy’ and practical, but also a regulator that’s firm and takes action when wrongdoing is proven to have occurred. I believe this report shows that our improving services and productivity make us that regulator.”

*Denham succeeded Christopher Graham, who had served as Information Commissioner since 2009