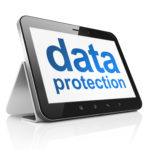 Previous awards have been bestowed upon data protection practitioners who’ve shown outstanding impact in relation to accountability and inspired public trust and confidence in how personal information was handled.

Denham said: “It has been an honour to acknowledge members of the data protection community who have had a huge impact when it comes to protecting people’s rights. I look forward to announcing the third recipient of the award at our Data Protection Practitioners’ Conference on 6 April in Manchester.”

The winners of the previous awards were Esther Watt (data protection officer at North Kesteven Council in Lincolnshire) and Mikko Niva, Group policy officer at Vodafone Group Services Ltd and based in London.

Individuals can nominate themselves or a colleague. Nominations are considered by a panel of Judges. As stated, the winner will be announced at the ICO’s upcoming Data Protection Practitioners’ Conference.

Enter the 2020 awards scheme here. Entries are open until 5.00 pm on Tuesday 3 March