Information Commissioner Elizabeth Denham invites views on her office being granted access to investigation and other associated powers under the Proceeds of Crime Act (POCA) 2002. Personal data has a monetary value and is increasingly being recognised and treated as a commodity which is stolen and traded for financial gain. It’s an asset exploited by criminal gangs, which can lead to significant financial losses and illegal monetary gains.

The General Data Protection Regulation (GDPR) has introduced increased financial penalties for civil breaches of the Data Protection Act 2018. Criminal offences under the latter are now recordable. However, the only sanction available to the courts following a criminal conviction is a fine, which in some cases will be much less than the financial gains made by the offender. This will inevitably lead to a greater disparity between the deterrent and punitive effects of sanctions imposed in relation to civil breaches and criminal offences.

The courts can make POCA confiscation orders against convicted individuals for payment to the state of an equivalent value to their benefit from crime. POCA investigation and other associated powers would enable the ICO to assist the courts in the identification of assets and determine the value of a criminal’s proceeds from crime.

The ICO previously worked in partnership with other agencies which conducted financial investigations on its behalf and assisted the courts with these cases. To date, the ICO has prosecuted and convicted a number of individuals who were later stripped of assets by the courts using POCA confiscation powers. However, these partner agencies are no longer able to provide assistance to the ICO. 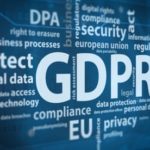 There has been significant growth in the number of cases involving financial gain and should the ICO not be granted financial investigation and other associated powers under POCA, an ever-increasing number of offenders will be able to retain what can amount to significant criminal proceeds. In some cases, these gains can illegally fund lavish lifestyles.

The POCA provides financial investigation powers to Accredited Financial Investigators (AFI). To have access to the POCA powers, AFIs must currently be a member of staff of a public body, designation by order by the Secretary of State, and trained and accredited by the National Crime Agency. It’s proposed there will be one AFI based within the ICO’s Investigations Department who will consider asset recovery in all cases where offenders have benefited from criminal conduct.

The powers the Information Commissioner is seeking at this time are:

*Cash seizure, detention and forfeiture from premises (under Part 5, Chapter 3 of the POCA)

*Asset seizure and forfeiture from premises (under Part 5, Chapter 3A of the POCA)

*Access to information relevant to the investigation of money laundering offences

The ICO is also seeking relevant authorisation powers that will enable it to exercise the powers referred to above. The powers sought will enable the ICO to undertake confiscation investigations and apply to the court for restraint of any asset or realisable property when there’s evidence to show that a defendant in criminal proceedings has benefited from their conduct.

The powers sought in relation to seizure and forfeiture of cash and assets will enable the ICO to investigate and recover items that are derived from or intended for the use in criminal conduct.

Access to information relevant to the investigation of money laundering offences is being sought to enable the ICO to respond to the changing nature of criminal activity involving the misuse of personal data and to engage with other law enforcement agencies more effectively in cases which may involve offences of money laundering.

Where applicable, the ICO is seeking the equivalent powers in Northern Ireland.

The ICO may amend the powers sought in light of the responses received to the consultation.