Iain Wright announced as next chairman at Institute of Risk Management 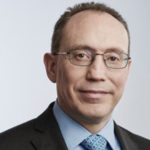 Iain Wright CMIRM, chief risk officer for Europe at Great-West Lifeco Inc, has been announced as the incoming chair of the Institute of Risk Management (IRM). Wright has served as deputy chair since May 2018 and as chair of the Audit and Risk Committee since December 2016.

Commenting on the appointment, Wright observed: “I’m in the fortunate position of being able to build on the good work done by the CEO and the immediately preceding chairs in stabilising the Institute’s financial position, building a strong Board and starting the next phase of our growth. We’re now in a position where we can capitalise on that financial strength to drive towards fulfilling the Institute’s vision.”

Wright has been swift to outline four priorities for his period as chair of the organisation:

*A focus on the heart of the Institute – in particular, qualifications, training and thought leadership in a bid to really fulfil the organisation’s role as the pre-eminent global risk management body

*Integration of the Institute of Operational Risk, which joined the IRM Group this year

*Having received members’ approval to change the Articles at the 2018 AGM, exploring whether or not now is the right time to move to a “professional” chair

*Leading the Board in exploring whether it’s right for the IRM to move towards charitable status, which would naturally involve approval from the membership 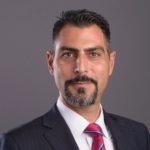 Wright continued: “The Institute is at an exciting time in its history. We can look forward and really make our mark. We will be making a determined effort to increase the diversity and content of our product portfolio in both qualifications and training. I’m particularly keen to see the Institute continue to operate in global markets and expand internationally. I aim to lead the Board with vigour and commitment through this next stage of our development. During Socrates’ term in office we’ve gone from strength-to-strength and I’m looking forward to continuing his good work and playing a key part in professionalising risk management on the global stage.”

In response, Socrates Coudounaris said: “It has been a pleasure and a great privilege to serve the IRM over the past few years. I would like to take this opportunity to personally thank everyone who has put in the hard work and determination to take the IRM into its current position of strength. The IRM Group is now looking at a bright future and has the strategy, products, people and proposition to achieve its plans in the very capable hands of Iain Wright. As an IRM member, I look forward to celebrating the organisation’s future successes.”