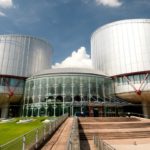 Following last year’s victory in which the European Court of Human Rights (ECHR) found the UK’s historic surveillance regime was illegal, a coalition of Human Rights groups is now asking the Strasbourg Court’s Grand Chamber to go further in its judgement.

Now, groups including Liberty, Amnesty International and Privacy International are seeking to build on that victory by arguing at the Strasbourg Court’s highest chamber that bulk interception of communications inherently violates privacy and freedom of expression. They’re also arguing that the regime for intelligence sharing between the UK and foreign states is illegal, as the UK Government can, in sharing intercepted material, bypass the safeguards in place for when it itself intercepts communications.

Only a small number of the most significant cases are heard at the Grand Chamber. In light of rapid technological change and the intrusiveness of bulk surveillance, the coalition is urging the Strasbourg Court to reassess the lawfulness of carrying out mass surveillance on ordinary people not considered to be a threat.

Megan Goulding, lawyer at Liberty, explained: “Bulk surveillance powers mean that UK Government agencies are spying on ordinary people on an enormous scale, sweeping up and storing their private communications and data. These powers have already been found to be illegal by the Court. This latest hearing is another important step towards ensuring our surveillance regime respects our fundamental rights to privacy and free expression. Our surveillance regime must be led by suspicion rather than subjecting us all to intrusive state monitoring which undermines our freedom.”

Elizabeth Farries, surveillance and Human Rights programme manager at the International Network of Civil Liberties Organisations (INCLO), added: “Why should we have to hide from spying Governments? Recognised under numerous instruments, treaties and international norms, privacy is our foundational right upon which many of our associated freedoms operate. Led by Liberty, seven INCLO members from across the globe join this challenge to protect the private communications rights of hundreds of millions of people.”

Caroline Wilson Palow, general counsel for Privacy International, stated: “Should the Government be allowed to snoop on your digital communications even if you’re not suspected of any crime? Just because the technology enables them to, should they be allowed to do this at an unprecedented scale, snooping on potentially millions of people? We have been arguing for several years that the answer to both these questions is a resounding ‘No’. Last year, the ECHR ruled that parts of the UK’s historic mass surveillance regime were unlawful. Now, we’re asking the Grand Chamber to build on last year’s judgement and say once and for all that the UK Government’s bulk interception of our digital communications is a violation of privacy and freedom of expression, as protected by Articles 8 and 10 of the European Convention on Human Rights.”

On 13 September last year, the ECHR ruled that UK laws enabling mass surveillance violate our rights to privacy and freedom of expression.

However, the judgement “didn’t go far enough” with regard to the unlawfulness of bulk interception powers and the fundamental shortcomings in the regime for intelligence sharing between the UK and foreign states. Liberty, Privacy International, Amnesty International and others therefore requested the European Court to have the case referred to its highest judicial bench, namely the Grand Chamber.

In this latest appeal, the groups involved are seeking a final ruling that such bulk interception powers inherently violate our rights to privacy and freedom of expression. They’re also arguing that the regime for inter-state intelligence sharing based on such intercepts is illegal, because it allows the UK to circumvent the safeguards in place for when it carries out interception, despite the fact that the intrusion into an individual’s privacy is identical in each case.

This case began in 2013, following Edward Snowden’s allegations that the UK Government was secretly intercepting, processing and storing data concerning millions of people’s private communications, even when those people were clearly of no intelligence interest.

Snowden also revealed that the Government was allegedly accessing communications and data collected by the USA’s National Security Agency and other countries’ intelligence agencies.

All of this was taking place without public consent or awareness and with no proper safeguards. The information collected and stored by the Government can reveal the most intimate aspects of a person’s private life – including who they are, where they go, who they contact, which Internet sites they visit and what their opinions are, etc.