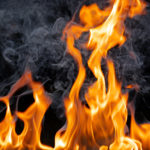 Home Secretary Theresa May has unveiled a programme of reform for the Fire and Rescue Services that promises to be as radical and ambitious as that delivered across the policing landscape since 2010.

Speaking at an event hosted by Think Tank Reform, the Home Secretary praised the achievements of Fire and Rescue Services, whose fire prevention work has contributed towards a fall in the number of fires in England of two-thirds in the last 15 years, while the total count of fire deaths has almost halved during the same period.

May also paid tribute to firefighters’ “deep understanding of the needs and risks of the communities they serve” and the wide-ranging role the Fire and Rescue Service now plays in keeping people safe from harm.

The Home Secretary outlined the scale of the challenge still facing Fire and Rescue Services and underlined the need for reform. A total of 263 people lost their lives to fire in England last year. 7,500 more were injured, with some of the most vulnerable groups in our society (including older people, those living alone and individuals whose behaviours, lifestyle or housing places them at greater risk) being disproportionately represented among the victims.

Meanwhile, the insurance industry estimates that the annual cost which fire places on businesses runs to hundreds of millions of pounds. Experience shows that many firms never recover. 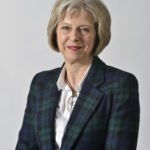 Theresa May said: “Over the course of this Parliament, I intend to deliver a programme of reform in the Fire and Rescue Service that’s as radical and ambitious as I’ve delivered in policing since 2010. The reforms I have set out will make fire and rescue more accountable, more effective and more professional than ever before. They will build on great strides in prevention and collaboration that Fire and Rescue Services have already made.”

May continued: “When I look at the Fire and Rescue Service, I see a service that has succeeded in spite of the framework within which it operates, not because of it. It’s a fire and rescue landscape still beset by poor governance and structures, a workforce lacking diversity and one that’s still bound by many of the old ways of working. A service that requires further reform to improve accountability, bring independent scrutiny and drive transparency.”

In conclusion, the Home Secretary said: “In the last decade, the overall size of the fire workforce hasn’t changed significantly despite the number of incidents attended falling by 42%. The challenge facing senior fire officers, then, is how to reform the workforce to meet a completely different risk and demand model.”

May has emphasised the potential to deliver efficiencies and savings which will not only save taxpayers’ money, but also improve the working lives of fire service employees.

The proposed reform programme will focus on areas including:

*publishing comparative procurement data from every Fire and Rescue Authority in England to highlight how much each pays for common items like uniforms, operational kit and vehicles in order to encourage services to pool their purchasing power and buy on a collective basis

The Home Secretary added: “I’m not going to pretend that reform in fire and rescue will be either easy or straightforward. Meaningful and lasting reform never is, but with fire and rescue under the remit of the Home Office and with a real appetite for change, I believe now is the time to deliver the change that’s needed.”

Response from the Fire Brigades Union 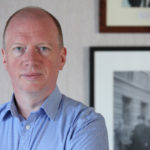 Matt Wrack, general secretary of the Fire Brigades Union, has reacted to Theresa May’s speech by saying: “The Home Secretary may be surprised that we agree with her on some of the issues raised. We’ve been calling for an independent inspectorate for some time now as the current system has led to huge imbalances in terms of the standards imposed on Fire and Rescue Services across the country. We support any move that will mean all Fire and Rescue Services are inspected, validated and held accountable in a standardised fashion.”

Wrack continued: “However, we’re all surprised in relation to the claims that the Home Secretary has made about the size of the Fire and Rescue Service workforce not having changed in the past decade. The record cuts that this Government has imposed on the Fire and Rescue Services have resulted in far fewer frontline firefighters and contributed towards a poorer and less reliable public service.”

In conclusion, Wrack outlined: “While we want to work with the Home Secretary for a greater diversity in our Fire and Rescue Service, it needs to be pointed out that it was her Government who, in 2010, chose to remove the diversity targets that were in place, sending a clear signal to employers that diversity was being downgraded.”

CFOA has its say on reform

The Home Secretary’s announcements have been welcomed by the Chief Fire Officers Association (CFOA), and CFOA is now looking forward to working closely with the Government on the proposals set out.

Since the move of the Fire and Rescue Service to the Home Office in January of this year, CFOA has developed good working relationships with both Home Office officials and the new fire minister.

CFOA president Paul Hancock explained: “I’m pleased that the fire reform programme has now been announced and that the Home Secretary has recognised the way in which Fire and Rescue Services have transformed. CFOA will be working with the Home Office to ensure we’re leading the transformation and representing the views of Fire and Rescue Services from across the whole of the UK, including the devolved administrations.”

Hancock continued: “I’m looking forward to helping the Home Office develop the detail using our important links to Government, local Government, the NHS, the Ambulance Service and other organisations to enable all to make an important wider contribution to society. We’re also making changes to CFOA to ensure that we can further develop relationships with the Home Office on how to implement change across the Fire and Rescue Service, in turn benefiting it and the public we serve. We want to ensure continuing Government support for existing collaborations and future opportunities for co-operation with a wide range of partners including, but not limited to, police services.”

Hancock has given assurances that CFOA will:

*seek assurances that Fire and Rescue Service funding will be sustainable, consider in-depth UK national risks as a whole and remain distinct from policing and other Home Office budgets

*continue to promote closer collaboration between Fire and Rescue Services and partners in other Emergency Services, the healthcare sector, local Government and the third sector where appropriate and for the benefit of the communities served