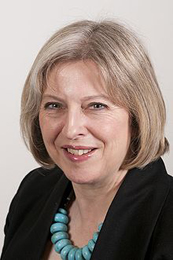 Home Secretary Theresa May has brought to Parliament what has been described as” urgently-needed” legislation which will afford the UK some of the toughest powers in the world specifically designed to tackle the increasing threat posed by international terrorism. Brian Sims evaluates the detail

According to the Home Office, the all-new Counter-Terrorism and Security Bill will bolster the UK’s already considerable armoury of powers to disrupt the ability of people to travel abroad to fight, reduce the risks they pose on their return to home shores and combat the underlying ideology that feeds, supports and sanctions terrorism.

The collapse of Syria, the emergence of ISIL and ongoing instability in Iraq present significant dangers not just in the Middle East but also to Britain and across the West. Many of the 500 British citizens who have travelled to Syria and Iraq have joined terrorist organisations alongside foreign fighters from Europe and further afield.

The Bill” which is to be enacted” at the earliest opportunity”” will disrupt those intending to travel by:

– Providing the police with a temporary power to seize a passport at the border from individuals of concern
– Creating a Temporary Exclusion Order that will control the return to the UK of a British citizen suspected of involvement in terrorist activity abroad
– Enhancing the UK’s border security by toughening transport security arrangements around passenger data, ‘No fly’ lists and screening measures

To deal with those returning to” or already in” the UK, the Government is:
– Enhancing existing terrorism prevention and investigation measures, including the introduction of stronger locational constraints and a power requiring individuals to attend meetings with the authorities as part of their ongoing management

To support those at serious risk of succumbing to radicalisation, the Government is:
– Creating a general duty on a range of bodies to prevent people from being drawn into terrorism
– Putting Channel” the voluntary programme for people at risk of radicalisation” on a statutory basis

To help disrupt the wider activities of these terrorist organisations, the Bill is:
– Enhancing vital investigative powers by requiring communications service providers to retain additional information in order to attribute an Internet Protocol address to a specific individual
– Amending existing law to ensure that UK-based insurance firms cannot reimburse the payment of terrorist ransoms

Use of these powers” which are consistent with all of the UK’s existing international legal obligations” will be subject to stringent safeguards. These include appropriate legal thresholds, judicial oversight of certain measures and a power to create a Privacy and Civil Liberties Board designed to support the work of David Anderson QC, the current Independent Reviewer of Terrorism Legislation.

The Bill will sit alongside the existing range of tools already used extensively to combat the terrorist threat, including powers to withdraw the passports of British citizens, bar foreign nationals from re-entering the UK and strip British citizenship from those who have dual nationality.

The Government is also working with the Internet industry to remove terrorist material hosted in the UK or overseas. Since February 2010, the Counter-Terrorism Internet Referral Unit has taken down more than 65,000 pieces of unlawful terrorist-related content.

Speaking about the new Bill, Home Secretary Theresa May said:” We’re in the middle of a generational struggle against a deadly terrorist ideology. These powers [outlined in the Counter-Terrorism and Security Bill] are essential to keep up with the very serious and rapidly changing threats we face. In an open and free society, we can never entirely eliminate the threat from terrorism, but we must do everything possible in line with our shared values to reduce the risks posed by our enemies.”

The Home Secretary added:” This Bill includes a considered and targeted set of proposals that will help to keep us safe at a time of very significant danger by ensuring we have the powers we need to defend ourselves.”

Responding to the Home Secretary’s announcement that the Counter-Terrorism and Security Bill will oblige Internet Service Providers (ISPs) to retain information linking IP addresses with individual users, Liberty’s director Shami Chakrabarti commented:” There’s no problem with the targeted investigation of terrorist suspects, including where required the linking of apparently anonymous communications to a particular person. However, every Government proposal of the last so many years has been about blanket sur?veillance of the entire population. Forgive us if we look for the devil in the detail of this new Bill.”

Big Brother Watch director Emma Carr added:” There are key issues to be addressed with these IP-based proposals. For example, there are questions over whether or not this will be technically feasible. Proper safeguards must be introduced to ensure that these techniques are used transparently, that there’s a proper level of authorisation and that the oversight and redress mechanisms can function effectively. Also, if such a measure is introduced, time should then be allowed to ensure that its effectiveness in relation to law enforcement investigations can be evaluated with due care and transparency.”

The National Policing Lead for Counter-Terrorism is Assistant Commissioner Mark Rowley of the Metropolitan Police Service. As far as Rowley’s concerned, countering terrorism has for too long been thought of as the sole preserve of the police service, the security agencies and the Government.

Rowley is now calling on citizens and businesses to be prepared to play their part in keeping the country safe.” The danger posed by violent extremists has evolved,” he said.” They are no longer a problem solely stemming from countries like Iraq and Afghanistan, far away in the minds of the public. Now, they are home-grown in our communities, radicalised by images and messages they read on social media and prepared to kill for their cause. The tragic murder of Lee Rigby last year was a stark warning to us all about how real and local the threat is at this time.”

Rowley continued:” Police officers and our partners are continuing to work 24 hours a day, seven days a week to protect the UK from a terrorist attack. So far this year we’ve disrupted several attack plots and made 271 arrests following counter-terrorism investigations, but the eyes and ears of law enforcement and other agencies alone cannot combat the threat.”

The UK’s counter-terrorism strategy CONTEST focuses on four key areas: Pursue, Prevent, Protect and Prepare. Most of the publicity around terrorism is based on Pursue and Prevent, as these involve arrests, the disrupting of actual attack plots and turning people away from extremism.

AC Rowley is keen to stress that everyone can be doing more to Protect and Prepare, ensuring security in crowded places, the monitoring of our borders and being ready to respond to a terrorist attack.

“We don’t want to scare people, but we do want them to understand the threat and be vigilant to things that are out of place or suspicious and report it to the police service. We need businesses to check that their security measures are effective and train their members of staff to detect potential threats and, if necessary, respond to an attack.”

AC Rowley also stated:” Experience shows us that terrorists target busy, well-populated places to ensure that their attacks have a maximum impact. Businesses, particularly those in crowded places, have an invaluable role to play in our fight against terrorists, violent extremists and other criminals. Their members of staff are often the first people to spot signs that something is wrong.”

The police regularly hold security events with businesses, and the Metropolitan Police Service alone gave 29 presentations during 2013 and 2014.

Since the UK terror threat level increased on 29 August, reports of suspicious behaviour have nearly doubled. This is a direct result of reporting by members of the public, and every one of those reports is investigated.

However, AC Rowley wants more members of the public to have confidence in reporting their suspicions.” Please tell us if you know or suspect something,” he urged.” Your information could save lives. We will deal carefully with all of the information passed to us and respond sensitively and proportionately.”