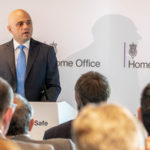 Home Secretary Sajid Javid has provided an update on the UK’s approach to counter-terrorism and safeguarding national security. In an impassioned speech delivered at New Scotland Yard, home to the headquarters of Counter-Terrorism Policing in the UK, the Home Secretary reasserted the UK’s leading international role in countering terrorism and keeping people safe from emerging threats.

Introduced by Neil Basu, the head of Counter-Terrorism Policing, the Home Secretary spoke to counter-terrorism experts and senior members of the security community, duly highlighting the importance of co-operation in protecting national and international security.

Javid said: “From terrorism to crime and on to hostile state activity, we’re facing international problems that require an international response. More than any other country on Earth, the UK has a coherent and connected approach to intelligence and security and, when threats do appear, the world turns to the UK for leadership, support and action. As these threats become more global, we all rely on an international system of defence, policing, security and intelligence. A safety net that’s based upon co-operation and unity.”

The Home Secretary also spoke about the new powers in the Counter-Terrorism and Border Security Act 2019. The Act created an offence of entering or remaining in an area that has been designated by the Home Secretary, making it illegal for a UK national or resident to travel to or remain there without a legitimate reason (such as providing humanitarian aid). The offence attracts a prison sentence of up to ten years.

The Home Secretary said: “I can announce that I’ve asked my officials to work closely with Counter-Terrorism Policing and the intelligence agencies to urgently review the case for exercising this power in relation to Syria, with a particular focus on Idlib and the North East. Anyone who’s in these areas without a legitimate reason should be on notice.”

Speaking about international security partnerships, the Home Secretary also commented that he has agreed with his German counterpart, Interior Minister Horst Seehofer, that in the event of a no-deal Brexit, the UK and Germany will intensify co-operation and swiftly conclude any necessary bilateral security arrangements.

Javid also announced that the annual Five Country Ministerial – a major meeting of the Five Eyes security partners consisting of the UK, US, Canada, Australia and New Zealand – would take place later this year in Manchester.

He said: “We will take forward an agenda with our allies on emerging threats from drones to cyber, and many of the issues that I’ve talked about here today. As the only European member of the world’s foremost intelligence alliance, the UK is the hub of a truly global intelligence and security network.”

The Home Secretary spoke about the current terrorist threats facing the UK and praised the work of the police and MI5 in response. He said: “Each and every day, our security services fight against terror, from large international terrorist groups to radicalised individuals. In the past two years, they have foiled 19 major terrorist plots: 14 of them Islamist and five of them motivated by extreme right-wing ideologies. Those are just the headline figures. For each attack prevented, there are dozens more that never have the chance to begin in the first place. This country is under the protection of the finest police, security, intelligence and Armed Forces in the world, many of them working here in New Scotland Yard. Your excellent work, hand-in-glove with MI5, does more to keep us safe than most of the public will ever know.”

Speaking about the country’s defences against hostile state activity, the Home Secretary said that the UK has used existing immigration powers, such as the revocation of visas or exclusion, in dozens of cases in response to protect the country. The Home Secretary also set out the possibility of new legislation to respond to the threats posed by hostile states. Following the attack in Salisbury, the Prime Minister announced that the Home Office would consider whether new counter-espionage powers are necessary.

The Home Secretary said: “We have to ensure that we have the necessary powers to meet current and evolving threats to the UK, both domestically and overseas. Getting this right and having the right powers and resources in place for countering hostile states must be a post-Brexit priority, so I can announce that we are preparing the way for an Espionage Bill. This will bring together new and modernised powers, giving our security services the legal authority they need to tackle this threat.”

This comes in addition to a new power to stop, question, search and detain an individual at a port or border area to determine whether they are, or have been, involved in hostile state activity which was introduced as part of the Counter-Terrorism and Border Security Act and comes into force later this year.

Concluding his speech, Javid hailed the UK’s strength and unity as being what sets the nation apart from its adversaries. He said: “The United Kingdom has a combination of strength and unity that sets us apart from our friends and enemies alike. Those enemies range from entire states to lone individuals. They seek to humiliate us, to destroy our democracy and undermine our values and to sow the seeds of division, but they all have one thing in common. They know, deep down, that they cannot beat us because from every challenge we have emerged stronger, more determined, unafraid and, most importantly of all, united.”