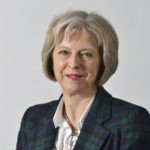 This was the first opportunity for the 20 newly-elected Commissioners to meet with their re-elected colleagues, as well as other policing bodies. It was also a first General Meeting for newly-appointed APCC CEO Nazir Afzal OBE.

The Home Secretary welcomed the increased turnout at the elections, recognising that PCCs have clearly brought accountability to policing and have ensured the ‘Peelian principle’ of policing for the public is enshrined in the decision-making process.

The Home Secretary outlined that, over the next four years, PCCs will be at the heart of the reform and transformation agenda so that future policing services are delivered to the public in the most efficient manner, in turn providing the best value for money.

PCCs will also be given greater ownership of the police complaints system and the opportunity to take on governance over Fire and Rescue Services where a local case is made for doing so.

Additionally, the Home Office is working with the Ministry of Justice to develop proposals for PCCs to take on a stronger role in the wider criminal justice system.

Martin Surl, chairman of the APCC, commented: “We’re all greatly honoured to have been elected by the public into this essential police governance role. There is clearly a lot of work still to be done, but I’m conscious there’s a great deal of enthusiasm and energy in the room. PCCs are clearly up for the challenge.”

Surl added: “We’re grateful to the Home Secretary for attending this General Meeting to recognise the important role PCCs play locally, and the benefits of expanding and enhancing their remit.”

Meanwhile, a new initiative has been launched by the City of London Police which will see law enforcement working together with the private sector to identify, seize and recover assets from criminals under provisions for recovery of assets through civil litigation.

Officers from the City of London Police’s Economic Crime Directorate believe that civil recovery will mean assets can be identified and seized much more quickly, taking them out of the hands of criminals and putting them back into the hands of the victims.

The aim of the two-year scheme is to test out this belief, with the recovery of the assets to be carried out by private solicitors and asset recovery firms in parallel with any criminal investigations that the police may be pursuing.

For selected cases, they will take on responsibility to identify and recover assets for victims of fraud and financial crime using civil asset recovery litigation.

Detective Superintendent Maria Woodall from the City of London Police (and operational lead for the pilot) said: “This innovative new scheme will hopefully allow us to be more flexible and creative in how we identify and seize criminal assets in certain cases. We’re looking to use the private sector’s ability and expertise to take back assets using civil litigation while freeing up time for our officers to concentrate on building the criminal cases against those individuals and groups. The pilot will allow us to test out this partnership and see if it delivers the benefits for victims, law enforcement and the private sector that we believe it will.”

This new approach will be used in addition to the recovery of criminal of assets by law enforcement under the Proceeds of Crime Act to increase the overall capability of identifying and seizing assets that have been derived from criminal activity.

In certain complex cases, it’s not always possible for law enforcement to bring a case to a level where it would be possible to restrain assets under the Proceeds of Crime Act. With a lower standard of proof required for the civil recovery of assets, officers hope that it will make the process much faster and mean assets are more likely to be seized before criminals have a chance to move or dissipate them.

The first year of the project will be part-funded through the Home Office’s Police Innovation Fund after officers successfully applied for £157,000 under the scheme. Officers have applied for similar funding for Year Two.