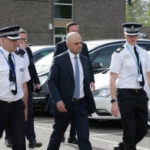 The Home Office is seeking to change the law to ensure that highly trained police drivers involved in chasing suspected criminals on the roads, and driving to the very high standard required by their training, are better protected from the risk of lengthy investigation and potential prosecution.

Home Secretary Sajid Javid plans to introduce a new legal test aimed at giving police drivers greater confidence to pursue suspects, including those on mopeds. Current laws do not recognise the training that police response drivers undertake and the tactics they may have to employ to respond to emergencies and pursue criminals.

Police drivers are currently held to the same standards as members of the public and have to rely on the discretion of the Independent Office for Police Conduct (IOPC) and the Crown Prosecution Service (CPS) to avoid misconduct investigations and criminal prosecution.

Any changes will make it clear that officers should not be held accountable for the driving of a suspected criminal attempting to avoid arrest, as long as the pursuit is justified and proportionate.

The move follows a public consultation which saw the overwhelming majority of respondents back the proposals.

Home Secretary Sajid Javid said: “It’s vital that police officers feel confident and protected when pursuing suspects on the roads or responding to an emergency. It’s also crucial that we send a clear message that criminals – whether in cars or on mopeds – cannot escape arrest simply by driving recklessly. These proposed changes will strike the right balance, giving trained officers the confidence they need to fight crime effectively and ensure roads are safe.”

In summary, the changes will seek to:

*introduce a new legal test so that an officer’s driving is compared to that of a competent and careful police driver with the same level of training performing the same role, rather than a member of the public

In addition, the Government will look to review the various emergency service exemptions to traffic law to ensure they remain fit for purpose.

John Apter, national chair of the Police Federation of England and Wales, said: “We’re pleased and reassured by this announcement, which means police officers will be able to spend more time serving their communities rather than facing lengthy court proceedings simply for doing their job. Police officers are relied upon to respond to emergency and life-threatening situations. Members of the public would expect police officers to use their skills and training to respond to calls for assistance. A much needed change in the law will enable officers to do precisely that without fear of prosecution.”